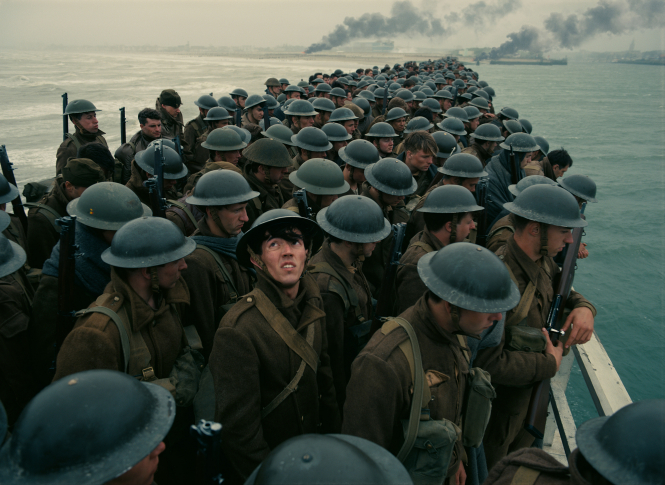 More French and foreign films are being made on location in France and it has led to a rise in tourists as films allow people to travel via their images and encourages them to go on to visit the places where the films were set.

Increased tax incentives have seen more films shot in France with the Centre National du Cinéma (CNC) saying that in 2015, when filmmakers received a 20% tax credit, cameras rolled for 5,013 days – the next year, after a 30% tax credit was brought in, this rose to 5,561 days. This has increased the attractiveness and competitiveness of filming in France and French companies are now less interested in going to Eastern Europe, Belgium or Luxem­bourg to cut their costs, and foreign producers also now want to come. “The impact of the diffusion of images of our countryside across the world has had a considerable impact,” said CNC president Frédérique Bredin at an audiovisual industry event at the Paris Images Tradeshow.

Regions and cities are delighted, as they see their skills appreciated, 20,000 jobs created in a year, and a growing visibility on the international stage. It is not just the Americans and the British who come on holiday to France. There are also Germans and Spanish, Chinese and Indians. Corsica has seen huge numbers of tourists from New Delhi since Imtiaz Ali’s Bollywood movie Tamasha was filmed in the island scrubland known as the maquis.

Richard Patry, head of the national cinema federation FNCF and a Normandy cinema chain owner, said: “When a film is made, it has an immediate economic impact on the region, whether it is a full scale reconstruction of the D-Day landings or a short film with just four actors. “The film crew will pay for nights in a hotel, eating in a restaurant, and buying a coffee in the local bistrot. “They might even employ local craftsmen. The locals are flattered; the cinema has a very special reputation, and it has come to them.”

Normandy has a €2million fund to help film production in the region, but he said: “It is not much compared to the Ile de France. The regions are in competition, we have to defend our own interests. “Normandy benefits from its proximity to Paris and the diversity of its landscapes – some dating back to the Middle Ages, it has a complete and coherent arsenal.” Mr Patry is also head of the company Normandie Images which created a free app for smartphones and tablets, called Séquences Normandes, giving details of all the places where films have been shot, and the film extracts that came from them. “Le Havre (2011) is the big winner, but two of the biggest local successes are independent productions: Les Souvenirs (2014) by Jean-Paul Rouve, set in Etretat, and Les Terriens (1999), by Ariane Doublet, at Fécamp. “This documentary drew 8,000 spectators to the site and was a box office No1, more popular than Taxi 2!”

He regrets Steven Spielberg missed them out with the Oscar-winning Saving Private Ryan (1998). “Not one scene in Normandy, though it was about the Normandy landings. There were no tax credits at that time. [Having them was] a determining factor which convinced Christopher Nolan.”
Nolan’s 2017 film, Dunkirk, was shot on the Channel town’s beach over a six-week period and it was a victory for local councillors, who saw tourist numbers go up by 25% after the film was released in France on July 19.

Dunkirk deputy mayor Jean-Yves Frémont said: “Without state aid and the willingness of Christopher Nolan, who wanted his film to be historically authentic and without the battle we fought for six months to convince all those involved that we would make their life easy, nothing would have happened. “Since then all the Second World War tourist memorial projects have moved forward amazingly quickly.”

Visitor numbers are up 60% to 60,000 since the reopening of the ‘Musée Dunkerque 1940 - Opération Dynamo’ after a €1million renovation. It has beaten previous records, doubling numbers. Tourists can also make land, sea and aerial trips as well as an underwater visit to see the shipwrecked remains of the boats sunk in June 1940.
A four-star hotel with spa will open in 2019; one of the ‘little ships’ used for the Dunkirk evacuation has been turned into the Princess Elizabeth restaurant and the phone does not stop ringing at the town hall’s cinema unit. “Right now there is a casting in progress for the Amazon series, The Patriot, season two of Baron Noir, with Kad Merad was filmed here, and [pop star] Vianney has come to shoot his latest video clip. It’s a reward for us and we are proud of our success.”

Burgundy has had the same experience, since Cédric Klapisch filmed Ce Qui Nous Lie (Back to Burgundy) there. During worldwide promotion of the wine and a family saga, Mr Klapisch said its impact was measurable: “It has made people from as far away as Hong Kong want to discover the region! It’s not just the Côte d’Azur which can tempt tourists.”

He recognises that he was also publicising the setting: “Today, the vines where I decided to set up my camera have become a place of pilgrimage and walks, like Montmartre after Amélie. “It is always like that when a film has a strong geographical link. “The Trevi Fountain in Rome has remained inextricably linked to La Dolce Vita (1960) by Federico Fellini.”

Other directors have chosen regional locations for their films: Normandie Nue by Philippe Le Guay; Xavier Beauvois in Nouvelle-Aquitaine for Les Gardiennes; Laurent Cantet’s L’Atelier at La Ciotat; Champagne-Ardenne for Hubert Charuel’s Petit Paysan; Gap for L’Apparition by Xavier Giannoli, and TF1 series Le Tueur du Lac, at Annecy. Mr Klapisch said: “The cinema is a very Parisian milieu, we need to get a breath of fresh air. “We are keen to discover new places, exactly why the Americans invented the Western.”

Production company Telfrance is behind two daily TV series: Plus Belle La Vie (France 3) at Marseille and TF1’s Demain nous Appartient at Sète – the first attracts 500,000 tourists a year, the second has generated €8m in investment, led to new studios being built and 150 jobs.

TelFrance boss Guillaume de Men­thon said: “These programmes work because they are based on real localities and people feel involved. There is money in the south and the infrastructure is there, which influences the choice of producers, as we cannot work in the same way in the Auvergne or in the Pays Basque.”

Even BBC filmmakers are involved, with the crime series Death in Paradise filmed in Guadeloupe for seven seasons and due to begin an eighth.

It generates €5million a year, which promotes the local heritage and makes it a popular destination for tourists who enjoy theme cruises.

Translation of an article by Stéphanie Belpêche for the Journal du Dimanche, January 24, 2018
Translation by Jane Hanks