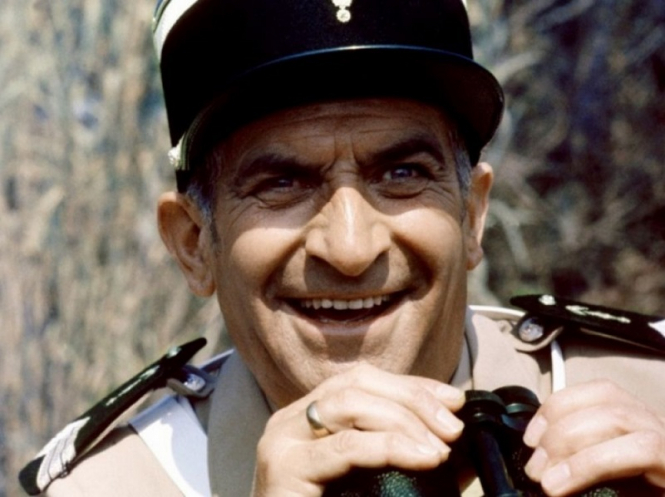 Actor Louis de Funès as a 'Gendarme'
By Connexion journalist

A new museum dedicated to the life and career of Louis de Funès (1914-1983), one of France’s best loved comedy actors, has opened in Saint-Raphaël (Var).

Born in Hauts-de-Seine to Spanish parents, Louis de Funès regularly tops polls as France’s favourite actor – he amassed over 140 film roles – but was little known in the English-speaking world.

One of his films – 1974’s The Mad Adventures of Rabbi Jacob – was, however, nominated for a 1975 Golden Globe for best foreign language film.

More than 350 objects and documents will be displayed, including personal photographs, film clips and interviews.

A previous museum in his former home, a sprawling chateau in Le Cellier (Loire-Atlantique), closed after two years.

The new museum’s curation will be led by Clémentine Deroudille, grand-daughter of photographer Robert Doisneau.

When Mektoub, My Love: Canto Uno – his last film about teenage relationships – was released in 2017, director Abdellatif Kechiche was accused in the French press of pressurising his young actors to perform in sex scenes, while critics said the film’s many lingering shots of bottoms were purely lascivious.

Then the follow-up, Mektoub my Love, Intermezzo, with the same actors, caused walk-outs at this year’s Cannes screening due to what some critics deemed to be unsimulated sex scenes.

The director first caused controversy six years ago with lesbian coming-of-age sex drama Blue is the Warmest Colour, which won the Palme d’Or at Cannes.

3.  Welcome to the pleasure domes

Visitors to the Dordogne prefecture, Périgueux, are now able to explore the iconic domes of the town’s Saint-Front cathedral for the first time since 1978.

The prefect gave the green light to the long-anticipated public visits after the town’s security commission carried out a final safety inspection.

The visit route was officially inaugurated on June 7, in the presence of the Mayor of Périgueux, Antoine Audi, and the President of Grand Périgueux, Jacques Auzou.

France’s illustrious guardian of French language correctness, the Académie Française, has announced the investiture of a new member, the writer Daniel Rondeau.

His election sees him take the chair vacated by the death of Michel Déon in December 2016.

Mr Rondeau, 71, has a colourful CV: he is a former ambassador to Unesco, was a friend of late Johnny Hallyday, a former extreme left-wing militant (with the “maos” of the proletarian Left), and a journalist at Libération and then at Le Nouvel Observateur.

He was France’s Ambassador to Malta in 2008 and today he is a regular boxer, a sport he loves and wrote about in his book Boxing Club, published in 2018.

5. Art donation is not naive

In the year marking 75 years since the D-Day landings, one of Toulouse’s last remaining Resistance heroes had made a generous gesture to the local Conseil Général – a large collection of his much admired ‘naive art’ paintings.

Lucien Vieillard was made a Chevalier of the Légion d’Honneur for his work during the war and went on to have a career in local government in Toulouse and later as the director of the Chamber of Commerce in Brittany.

They will be displayed at the Château de Laréole near Toulouse until September 29.

We will be featuring naive art (art naïf) in an upcoming edition of Connexion.