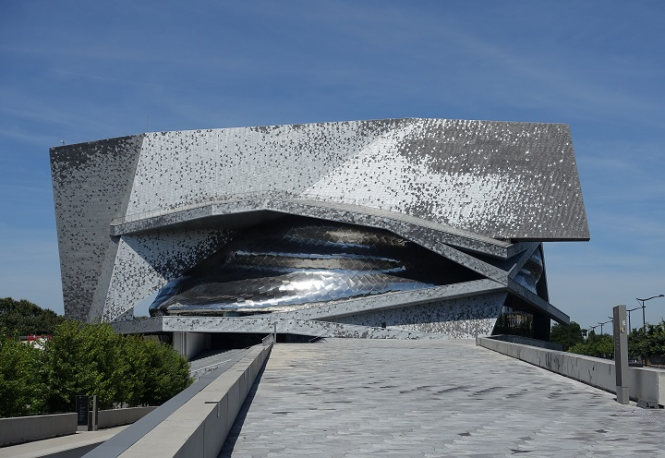 The Philharmonie de Paris, which serves primarily as a classical music concert hall, celebrated its fifth anniversary in January by announcing that it had received 1.6million visitors in 2019.

This represented its best ever year, though the figure includes not just concert-goers but also participants in educational activities and exhibition visitors.

It is the non-classical music gigs that keep the turnstiles moving, say bosses: “If I have a 100% classical music model, it goes round and round in circles,” said general manager Laurent Bayle. “You have to come up with new proposals around the concert hall.”

World music, jazz, pop and rock, as well as film-concerts are held at the venue, located in the Parc de la Villette and adjacent to the Cité de la Musique.

According to a study of fiction sales by the GfK Institute, in 2019 the thriller writer Guillaume Musso was France’s most-read author for the ninth consecutive year.

The 45-year-old, Antibes-born literary phenomenon shifted 1.4million of his books in all formats last year.

His smash-hits were the paperback edition of La jeune fille et la nuit (The Young Girl and the Night) which sold 565,237, and his latest in hardback, La vie secrète des écrivains (The Secret Life of Writers) which sold a whopping 391,000 copies.

The ten best-selling authors alone account for 21% of the sales and turnover of French fiction.

Singer-songwriter Tom Leeb has been chosen to represent France at this year’s Eurovision Song Contest, to be held in Rotterdam, Holland on May 16.

You can watch the show live on France 2.

Leeb, who released his debut album, Recollection, last December, is the 30-year-old son of popular French comedian and singer Michel Leeb, who gained notoriety in the 1980s for his inappropriate impressions of African and Chinese people speaking French.

His musical style is described as blues-rock with pop elements thrown in.

4. Paris a hit with cinéastes

On any given day, there are twenty film shoots taking place in Paris, says the council’s cinema delegate, Michel Gomez.

The statistic was revealed at an annual cinema convention, which sees French regions meet with producers to showcase their potential filming locations.

Mr Gomez said the number of filming days in Paris has been increasing over the last five years, with more than 5,000 work days carried out per year.

Among the reasons France is popular with film makers, he told France Infos, is “because France has attractive tax credit mechanisms put in place by the CNC (National Film Centre) which have put us completely back in the race for big foreign shoots.”

The sinking brought an horrific end to the ship’s 58th voyage to French colonial trading posts in Africa and represents France’s greatest maritime disaster – and yet it is a relatively little-known tragedy.

Even in the event’s aftermath it was not widely reported in France.

The liner, run by Compagnie des Chargeurs Réunis, was built at the Swan Hunter yard in Wallsend, Tyne and Wear.

It provided the link between Bordeaux and Dakar in Senegal and  among the victims were nearly 200 Senegalese skirmishers.

Most of the victims are buried in the cemeteries on the Ile-de-Ré, the closest land to the shipwreck.