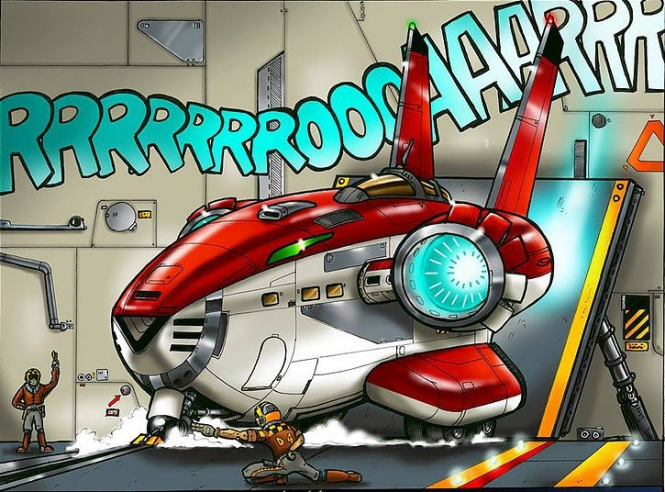 1. From planes to the librairie

After a 17-year career in the Armée de l’air (the French Air Force), Cyril Astolfi has penned, under the nom de plume Lord Fox, his first bande dessinée.

The comic book Les Foxonautes takes young readers on a journey around the solar system via a semi-educational format: each left page contains scientific information about the planets, while the right page follows the story of a little fox and his acolytes who set out to discover the universe.

“I wrote it through the eyes of a child,” the author, a BD and Manga comics fanatic, told L’Est Republicain.

The book took him a year to complete, and the follow-up, about the threat of asteroids, is already in the pipeline...

More than 12 million people took advantage of this year’s European Heritage Days, the Ministry of Culture has announced – a similar figure to the previous three years.

Among notable successes from the 36th edition of the free weekend at some of France’s most prestigious cultural sites was 8,000 people attending an exhibition on Notre-Dame de Paris – featuring original elements of the cathedral spire that survived April’s fire – at the Ministry of Culture HQ itself.

To mark the dates, France 2 is currently filming a mini-series that will focus not only on the key moments of his political career but also the President’s family life.

Playing the great leader is Samuel Labarthe, who may be familiar to viewers from his role as Commissioner Swan Laurence in Les Petits Meurtres d’Agatha Christie.  “This is a great opportunity. I appreciate the task I have as an actor to play such a character,” he said.

4. Get the anniversary  party started

2020 also marks the 40th anniversary of La Boum, the smash hit film with a great soundtrack that resonated with countless French teenagers.

The film put a young Sophie Marceau on the road to stardom, after her sympathetic portrayal of a 13-year-old’s difficult navigation of school life, friendships and domestic difficulties (Vic’s parents will not let her attend the big school party – ‘La Boum’ in question).

More than 4.3million cinema-goers went to see the film in France and it spawned an almost as popular sequel, La Boum 2, which drew 4,071,600 admissions.

5. A surge in Serge interest

A new book about singer Serge Gainsbourg digs deep into the archive to speak to those who worked closest with him – the musicians from his records.

The author of Le Gainsbook, Sébastien Merlet, said he wanted to shed light on the collaborators and arrangers whose work was thus far undocumented.

It was from dozens of interviews that he gleaned some gems about Gainsbourg’s unique creative processes.

Bassist Francis Darizcuren, who performed the ‘engine’ noise on Brigitte Bardot’s Harley Davidson, composed by Gainsbourg, remembers the recording at the BAGatelle studio in Paris. “As soon as we started packing up the equipment, we saw legs coming in. It was Gainsbourg with Brigitte Bardot. They arrived with a case of Bordeaux at €300 per bottle. And they had already necked two bottles of it.”