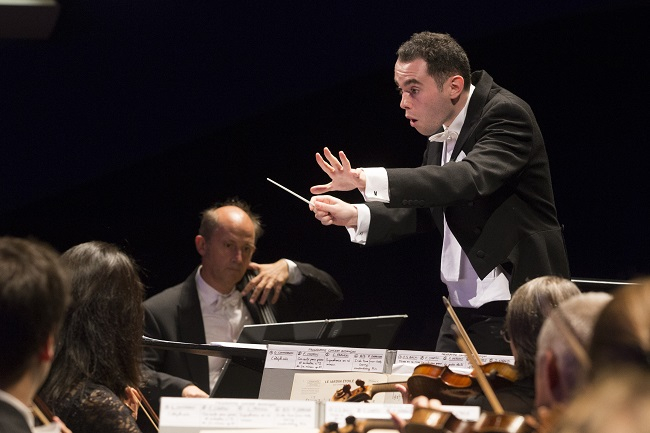 1. Pass the baton to young conductors

A fresh batch of baton-wielders under the age of 35 years has begun the long road towards the finals of the prestigious Besançon Competition for conductors, which will take place in the Burgundy-Franche-Comté city in September.

Preliminary selection has begun in four cities – Berlin, Montreal, Beijing and Besançon itself – for those seeking to become professional conductors, whatever their training or their experience; no previous qualification in the industry is required, and the competition is the only one where candidates are not selected on their CV but purely via live auditions.

Opéra Garnier in Paris celebrated its 350th anniversary with a star-studded extravaganza in May, bringing together great names in music, opera, film (Meg Ryan and Maggie Gyllenhaal attended) and dance.

The evening at Palais Garnier was rounded off in contemporary fashion with an after party at which DJ Kiddy Smile played.

The Paris Opera was founded on June 28, 1669 by Louis XIV as the Académie d’Opéra, bringing together a group of singers, the first professional orchestra in France and a corps de ballet.

The 1,797-seat Palais Garnier building that it now calls home, was inaugurated with great pomp and ceremony on 5 January 1875.

A quirky collection of 11 modular ‘bubble bungalows’ designed in 1967 by the Swiss architect Pascal Haüsermann has been bought at auction for €120,000.

It is located in the Vosges (Grand Est) countryside at Raon l’Etape and was initially put up for sale at €465,000 in 2017 – but has only just secured a buyer.

The buildings, which have had five previous owners, were abandoned in the 1990s. Classified as a historical monument since 2014, the complex has been called ‘Museumotel’ since the present owners bought it in 2007.

Museumotel owners said they were selling as they struggled to attract visitors due to the rural location.

Modern transport is often aimed at making a journey as quick as possible. But for one travel writer, it’s all about taking life at a gentle pace on trains.

Slow Train (published by Arthaud), by journalist Juliette Labaronne is a love letter to the “classic, historical” lines of the French rail network, far from the speed of high-speed lines. “The idea was to propose a change of pace, a break with our hectic lives,” the author told franceinfo.

It was while working for the SNCF’s in-house newspaper that Labaronne devised her book, in which she travels 30 favourite rail routes including ones in the Pyrenees (Le Petit Train Jaune is pictured, above), Corsica and the Somme Bay.

5. A new view of Versailles

Each year since 2008, the Château de Versailles has invited a major artist to exhibit, with the aim of ‘creating a dialogue between their work and the caste and its gardens. Jeff Koons, Takashi Murakami, Anish Kapoor and Olafur Eliasson have all taken part.

This seasons’ exhibition, which will run until October 20, sees five of the best known photographers in the world – Britain’s Martin Parr, American Nan Goldin, Viviane Sassen from the Netherlands and French artists Dove Allouche and Eric Poitevin – give their vision of Versailles.

As per his usual modus operandi, Parr has eschewed the building itself in favour of depicting people – in this case the swathes of tourists that visit the palace every day.