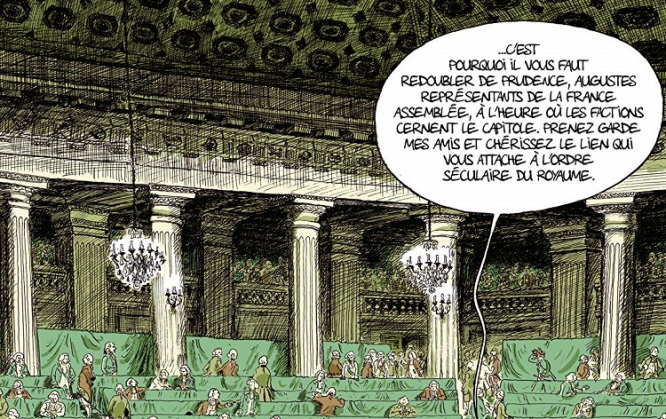 Never one to mince his words, Yann Moix is a well-known ‘polemicist’ on TV talk shows, and someone who is well known for ‘stirring the pot’.

Now the author, director and presenter has taken on a French national treasure by directing stinging criticism at actor Guillaume Canet’s performance in Au nom de la terre (In the name of the Earth), the story of a man who returns from the United States to take over the family farm in France.

Speaking on C8’s De Quoi J’me Mêle, he accused Canet of “absolutely total Parisianism”. “Here I see Guillaume Canet who has just come out of a nightclub and suddenly goes to the set. (...) It’s not by shaving your head that you become a peasant,” said Moix. “I’m embarrassed by this film to an extent you can’t imagine.”

2020 marks the centenary of the death of France’s first female music-hall star, Gaby Deslys – a flamboyant and charismatic performer who paved the way for the likes of Josephine Baker and others.

Born in Marseille, she was adored in France, England and the United States (she was said to be earning an eye-popping $4,000 a week in New York during the 1910s).

She was showered with gifts, jewellery and furs by rich admirers, such as King Manuel II of Portugal, with whom she had an affair.

She served as revue director at the Moulin Rouge and the Casino de Paris, and died aged just 38 from Spanish ’flu.

3. Pick of the French pops

4. In the shoes of a jury member

The director of well received new French courtroom drama The Girl With a Bracelet (La Fille au bracelet) says he took an unusual step to ensure the drama retained an air of true mystery.

Stéphane Demoustier says that before filming began, he told his leading actress, Mélissa Guers – playing an 18-year-old accused of murdering her best friend – that it was for her to decide if her character was guilty or not.

What makes Guers’ performance so intriguing is that she makes no effort to make her character sympathetic to the jury, leading to a debate about whether a court’s perception of an accused affects their assessment more than fact. Perhaps she is just acting guilty...

The coveted top prize for Bande Dessinée of the year at the prestigious annual Angoulême comic books festival was won by a pair of young authors from Lorient with their first book.

The book, which took five years to write and draw, has been described as “a fresco of wild ambition”, which evokes the events of 1789 to 1794 by following characters that inhabited all parts of society at the time.

The Grand prix de la ville d’Angoulême – a kind of lifetime achievement award deemed to be the pinnacle for any Francophone cartoonist – was awarded to Emmanuel Guibert.