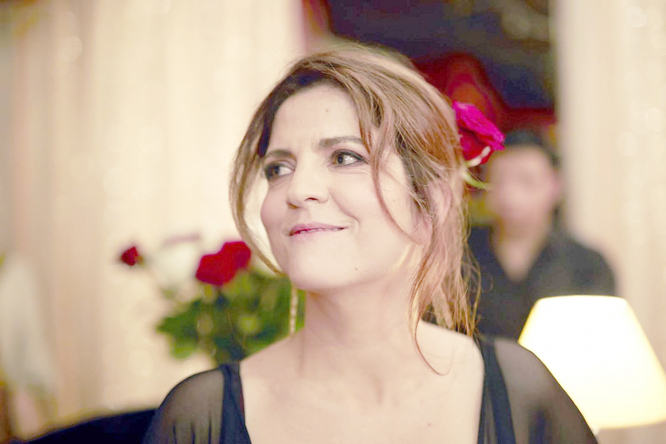 Agnès Jaoui in "I got life"
By Connexion journalist

Menopause and attitudes to middle- aged women are still somewhat taboo themes in French society as a whole, let alone in French cinema. So Blandine Lenoir’s uplifting new comedy-drama – which shows Agnès Jaoui’s Aurore battling life’s downs and embracing the ups after turning 50, has much to commend it for its subject matter alone.

Equally pertinent to the times is the subplot of discrimination at the hands of a sexist boss suffered by Aurore,  a divorced waitress in small-town France with grown-up children. He thinks she is past working front of house, so hides her behind the bar – the cruelty depicted in a few short scenes is brilliantly done.

The potential for romance spring eternal for the amusing Aurora, however, and when she contrives to have a former crush, now a silver fox doctor, administer her own daughter’s pregnancy scan, a hot date (with operatic overtones!) follows...

Some might find the film’s set-ups a little contrived and the laughs a little forced but this is a very enjoyable, feel-good film for and about women, which at its core believes that “life begins at 50” is a choice, an opportunity to be embraced.

Out on DVD is Arnaud Desplechin’s excellent My Golden Days, starring the ever-brilliant Mathieu Amalric as an anthropologist whose riveting, three key stages of life we view in flashback.