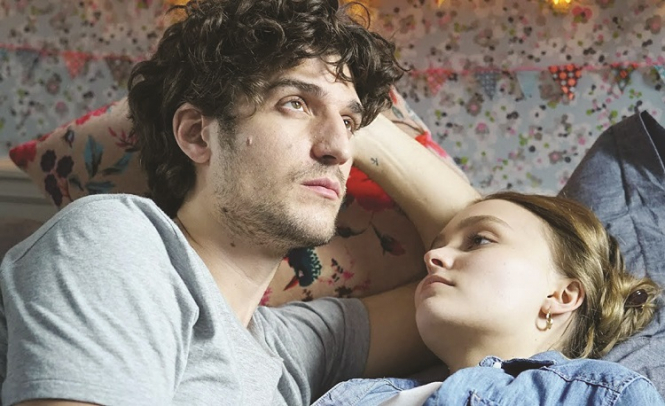 It seems to be a trait of the movie industry that once a leading actor gets sufficient stature and clout, they are able to secure financial backing for their own projects, and to begin directing.

Louis Garrel has film-making heritage on his side: he is the son of director Philippe Garrel and actress Brigitte Sy, while his grandfather, Maurice Garrel, and his godfather, Jean-Pierre Léaud, are also legendary actors.

This semi-satisfying romantic comedy from the chisel-cheeked lead Garrel is the actor’s second feature (Two Friends in 2015 was described by one critic as ‘charming but not entirely convincing’) and the set-up is encouraging: a man pines for the woman who dumped him a decade ago, but her husband has died.

Did she murder him? Who is her kid’s father? Does she still love Abel?

Add to this the fact that her sister declares a longstanding love for the attractive Abel and this could have morphed into a decent thriller. Instead it becomes a clichéd ménage à trois seemingly pandering to one man’s narcissism.

Garrel’s directing has a certain flair and Lily-Rose Depp (daughter of Jonny and Vanessa Paradis) and Laetitia Casta (Garrel’s real-life wife) are excellent as, respectively, the would-be lover and wife of Garrel’s journalist Abel.

Charming sport comedy in which a young French footballer fibs about being offered a chance to play for Arsenal, to impress his luckless Dad.

He needs to start practising!