Hallyday will battle hinges on where he was resident 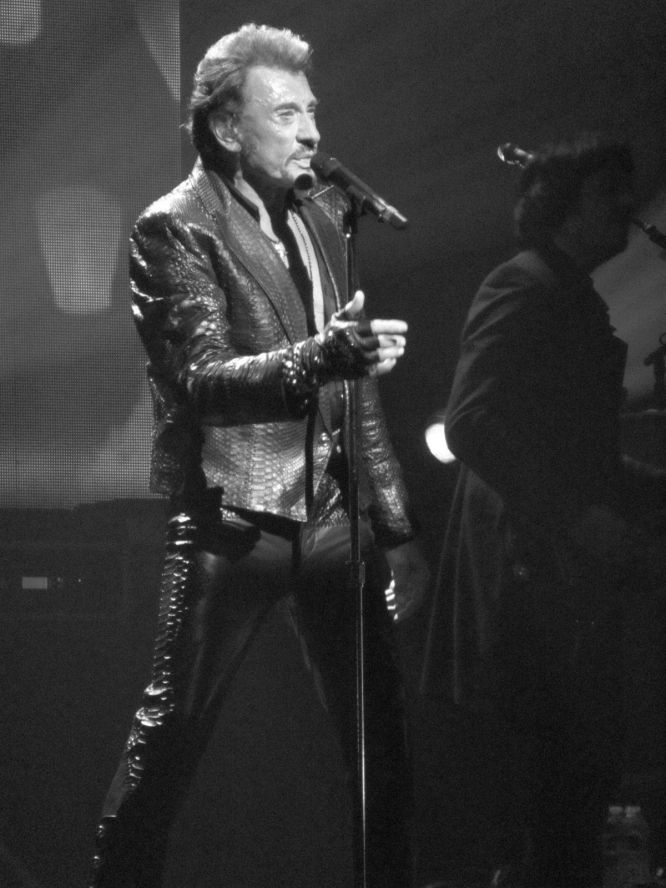 Where was French rock legend Johnny Hallyday legally resident when he died?

Solving this question may be crucial as to whether his two biological children inherit millions or nothing.

In a will drafted in California, the singer, who died in December aged 74, left his estate to his last wife, Laeticia and the two children they adopted from Vietnam, Jade and Joy – in contradiction to strict French réserve héréditaire rules which aim at protecting a share of inheritance for all of a person’s children.

The inheritance could go to his last wife Laeticia, pictured above at Cannes Festival in 2009.

Hallyday’s children from previous relationships, David and Laura, are contesting this.

His wishes are said to be probably acceptable under the flexible laws of California, of which he claimed to be a resident in recent years, but not under the stricter French rules which state that if someone has three or more children they have a right to share three-quarters of the estate.

In this case (four children) that would be 18.75% each of an estate said to be worth €20-30 million, although news magazine Le Point claims David and Laura’s shares would be reduced due to certain lifetime gifts they received.

Hallyday was married five times (twice to the same woman) and had another long-term relationship.

Traditionally, even if someone is resident outside France, their real estate in France remains subject to French law, however an EU regulation of 2015 includes a default rule that the law of the last country of residence applies to a person’s whole estate – which might arguably come into play so as to disinherit Laura and David entirely.

Lawyers say everything may hinge on interpretations of where Hallyday’s (legal name Jean-Philippe Smet) ‘real’ legal residence was.

Laura Smet’s legal team have said the crucial matter is where Hallyday was ‘habitually’ resident, including notions of his ‘vital interests’. They say that because he made his career and sold his records largely in France and most of his income came from there, he arguably retained closer ties to France than California.

The rocker’s comings and goings in later years are likely to be analysed – it is said that what with singing engagements in France and trips to his villa at Saint-Barthélémy in the French Caribbean (where he was buried) he may well also have spent more time on French territory last year than in America.

Franco-British honorary avocat Gérard Barron said the outcome remains uncertain and subject to investigations and complex legal interpretations, however it is possible each country will want to apply its own rules, so for example California might take jurisdiction over assets that are within its control and vice versa for France (where the assets are thought to be more valuable).

Mr Barron said the French courts might take into account the fact Hallyday died in France and had much of his medical treatment there. On the other hand, Hallyday had an American green card, apparently paid taxes there (although his French earnings would normally be taxed in France first as with any artist performing in France) and had his children in school in California.

Mr Barron added that a strict application of the 2015 regulation in circumstances such as this (especially as in this case it relates to purported residence in a country outside the EU) has never been tested in court.

Matters are likely to be further complicated by the fact that some of Hallyday’s assets were reportedly placed in trust, Mr Barron added.