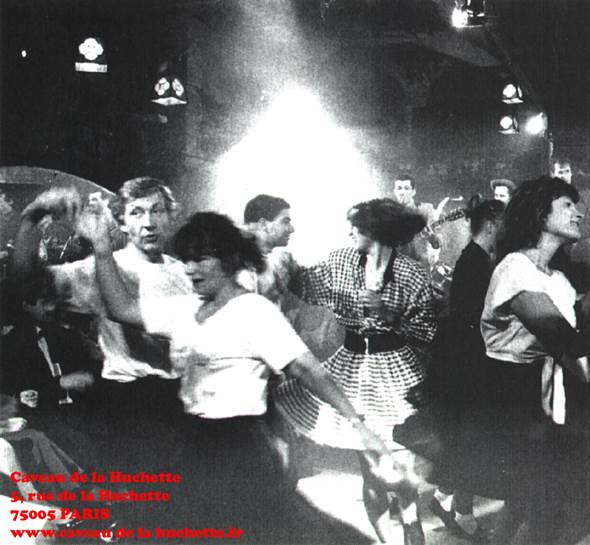 A famous jazz club in Paris, which was the inspiration for the Cavern Club in Liverpool, is enjoying a revival after it appeared for just over a minute in the hit film La La Land.

Since the November 2015 terrorist attacks in Paris, the Caveau de la Huchette in the 5th arrondissement had been facing difficult times with reduced entries, and the owners had even got close to considering whether it would be able to stay open. But as soon as La La Land hit the screens in January, the numbers of people coming to enjoy an evening with live jazz and swing music started going up.

“There are between 20% and 30% more clients every evening,” says commercial director Christophe Dorise.

“We are really happy to see so many more people in our club and especially as they enjoy themselves so much. For years, jazz has been considered as an intellectual music and people have forgotten that it is also festive and fun. We are thrilled that so many of our new customers are young and are discovering a new type of music. We are the only club in France where you not only listen to jazz, but you can also dance.”

Mr Dorise says that the new clients are not only French but international. “We have visitors from the USA, Korea, China, and several from Spain, where there was a newspaper report about our club. They have seen the film and want to experience the magic themselves,” he says.

“America was the home of this music but even there, the idea of having a place where you can dance to jazz has disappeared. Some of the greats who were big in the 30s and 40s from the States used to perform here when they were older and they would do so with a tear in their eye because it reminded them of the good old days when people would dance to their music.”

No. 5, Rue de la Huchette, has not always been a place of entertainment. In the 16th and 17th centuries, its rooms were used by two secret societies, the Rosicrucians and the Knights Templar. In 1772, it was turned into a secret lodge for the Freemasons.

From 1789 and during the revolutionary period, the building was known as “Caveau de la Terreur”. It housed the populist Club des Cordeliers and meetings of the highly influential political group during the Revolution, the Montagnards. Leading political figures such as Danton, Robespierre, Marat and Saint-Just could be found there.

The upper rooms were transformed into a public house where people drank, sang and argued about freedom and liberty. Below, there was a tribunal, prison and execution room. Many summary trials took place, followed by executions, and Mr Dorise says that in the lower room there is still the very deep well into which the decapitated heads were thrown.

These rooms are preserved in their original state and arms from the epoch still decorate the walls, including swords, muskets and a chastity belt.

Jazz came to No. 5, rue de la Huchette after World War 2, when the GIs brought swing and bebop to Paris.

The Caveau de la Huchette was the first club where jazz was played and since 1946 jazz bands have graced the stage every evening.

In the 1950s, Alan Sytner, a young student from Liverpool, was a regular visitor to the Caveau de la Huchette and it inspired him to open his own club, called The Cavern, a translation of caveau, in his home town. It opened in 1957 as a jazz club before gaining fame later when The Beatles performed there.

The Caveau de la Huchette has been owned by Dany Doriz, a vibraphoniste and friend of Lionel Hampton, since 1970. “It has been a family affair for the past 30 years,” says his son, Christophe. “I am the commercial director and we are thrilled to see the club gaining in popularity once more.”

The club is open every evening without reservation and costs €13 from Sunday to Thursday and €15 on Fridays, Saturdays and evenings preceding public holidays.