Orchestra’s touring hassles only start for UK musicians after Brexit 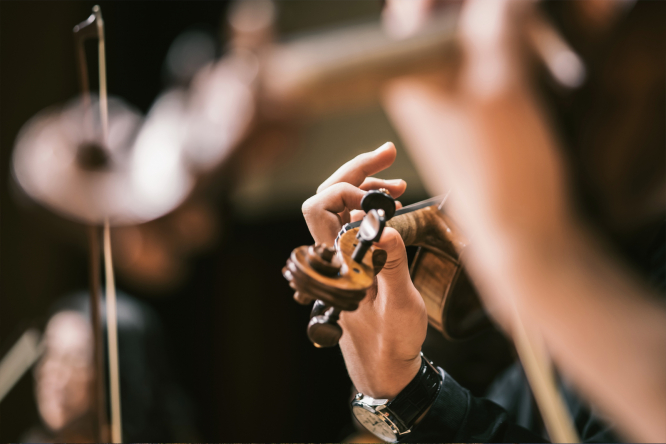 'The lengths to which the Aix festival has gone to make sure that the LSO could appear this year is exceptional' says LSO managing director Kathryn McDowell Pic: Bescape / Shutterstock

The London Symphony Orchestra was due to kick off its month-long residency with Wagner’s Tristan and Isolde directed by Simon Rattle on July 2, and its shows include a world premiere of Kaija Saariaho’s opera Innocence.

Bringing the dozens of musicians and their instruments to the southern French town this year was, due to Covid and Brexit, probably the most difficult trip the orchestra has ever undertaken.

Sir Simon called it a “miracle”, and it only happened thanks to a flurry of diplomatic activity on both sides of the Channel that involved French and British culture ministries.

LSO managing director Kathryn McDowell said: “The lengths to which the Aix festival has gone to make sure that the LSO could appear this year is exceptional.

“They argued to get a pilot quarantine exemption programme operating and we were the first to be on it.”

Covid is the biggest problem at the moment for performing artists due to restrictions on crowd sizes but onerous post-Brexit rules for UK-based musicians wanting to play in Europe will be the biggest obstacle as the pandemic eases.

Most musical outfits will not benefit from the high-level help that the LSO enjoyed for its Aix outing.

Ian Smith, founder of UK Europe Artswork, said: “They [the British government] have taken a wrecking ball to the economies of the UK and the EU.”

The music industry is worth more than £5billion a year to Britain and depriving musicians of the chance to play on the continent will knock a chunk off that figure, he argues.

The extent of the disruption has so far been masked by the pandemic but once lockdowns ease and the gigging and concert circuits get back up to speed, the real impact of the new rules will become evident.

New rules imposed as part of the Brexit deal do not ban musicians from playing in Poland or Spain, but they can make it so complicated that many may not even bother to try.

“To tour France now, you’d need one extra person working on it for a couple of months to cover the paperwork,” said Ms McDowell. Small bands or performers do not have the staff or deep pockets of a major orchestra and may thus decide to stay at home.

Mr Smith said small bands often help cover touring costs by selling merchandise at concerts but now face having to pay VAT and import duties when they cross the Channel.

He also pointed out that the UK has one of the biggest markets for music crews in the world.

“A lot of big US bands hire crew in the UK to take on their European tour.” Now they will think twice about doing that, given visa and other burdens UK nationals face if they want to work in the EU.

A new problem that musicians face when heading to Europe is the issue of cabotage. With Britain out of the EU, trucks carrying musical instruments can make only three stops on the continent before having to return home.

Ms McDowell said: “If we want to go on a tour of France and Germany, then we would have to engage agents in Germany or France and get them to organise picking up the instruments and moving them (in rented trucks). It’s doable but it’s more expensive.”

She said they did not have to do this for Aix because it is just one stop, so they could use the orchestra’s own truck.

Another headache is the carnet needed by customs for every instrument and piece of equipment that leaves the UK for the continent if it is not carried by a person.

This has been standard for tours to the US or Asia, but now UK bands or orchestras need to adhere to it for their trips to Europe.

Then there is the issue of visas. France and Germany do not require them for artists but countries such as Spain do now require UK musicians to get them if they want to play there.

Many big-name UK musicians, such as Elton John, have warned of catastrophe if British artists cannot tour abroad, and have called on the government to hammer out a better deal with the EU.

Ms McDowell said: “I think we have crossed the Rubicon in terms of leaving the EU and now we need to make it work.”

Mr Smith said he believed the UK government were “in denial and don’t want to be seen in any way to be diluting the purity of Brexit” and its clampdown on free movement, but he thinks that a better deal will be reached at some point.

Pianos to return to French train stations with 50-player concert

Fête de la musique: What you can and cannot do this year