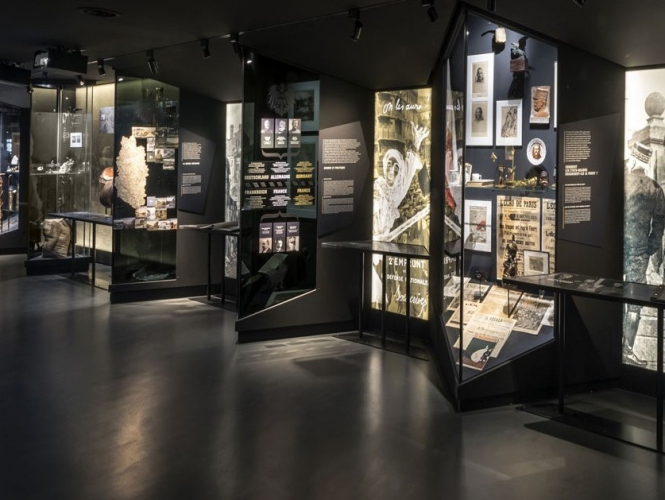 Netflix in France just got a major cultural boost, with news that films by the likes of Jacques Demy and François Truffaut are now available to stream. 12 films by the legendary Nouvelle Vague (New Wave) director Truffaut, including his classic debut Les 400 Coups, are viewable thanks to a major deal signed between Netflix and the French group MK2, producer and distributor of a large number of ‘auteur’ and classic films.

Read more: the real history of Mother's Day in France

Many museums around France keen to remain in the public’s imagination while physical visits are not possible, have launched virtual tours via their websites. Among them is the superb Mémorial de Verdun in the heart of Meuse’s First World War battlefields, which receives an average of 150,000 visitors each year.

The museum has just launched 360° virtual tours, described as “a new immersive experience of discovery for visitors”. They allow participants the chance to view its rich collections of nearly 2000 objects, photographs and testimonials – via smartphone, tablet or PC (go to www.memorial-verdun-360.fr).

“This virtual visit does not replace a real visit to the site, but we hope that through this first immersive experience, it will make the user want to come and discover, or rediscover, the very rich
permanent exhibition of the Verdun Memorial as well as the different sites of the battlefield when they reopen”, said the museum. The basic visit is free while a €3 ‘tour’ with a guide includes access to archive images and videos.

The astonishing story of a prodigious 16-year-old from Ille-et-Vilaine’s (Brittany) musical journey should serve as great motivation for anyone learning a new instrument under home isolation. Only a year ago, Ahmed Majdi – hitherto a committed rap music fan with zero musical theory training – downloaded a ‘play-a-long’ application for his smartphone ‘on a whim’.

Not long after, his parents (his father is also a musician) bought him a synthesizer and within an hour he was playing Beethoven’s Lettre à Elise. Then, just three months ago, Ahmed installed a piano at home and under lockdown has been having virtual lessons with his tutor. The gifted pianist can now knock out Chopin’s Fantaisie-Impromptu with apparent ease. You can watch Ahmed’s amazing playing here.

Read more: how to build a cosy cabin for hedgehogs in your garden

4. Make your own confinement classic

“Le Pixel”, a small, independent cinema in Orthez (Pyrénées-Atlantiques, 40km from Pau) has launched a short film competition for cooped-up creatives, with the goal being to organise a screening of all of the films once confinement is lifted and the cinema reopens. [As we go to press, cinemas are not part of the government’s deconfinement plans, and so remain shut].

The theme is the concept or realities of confinement itself, with all film forms and genres accepted, from animation to stop motion, horror to thriller or comedy. Five minutes is the maximum length. The little cinema’s Facebook page, is running tutorials (in French), while films can be sent to lepixelcinema@gmail.com (using WeTransfer).