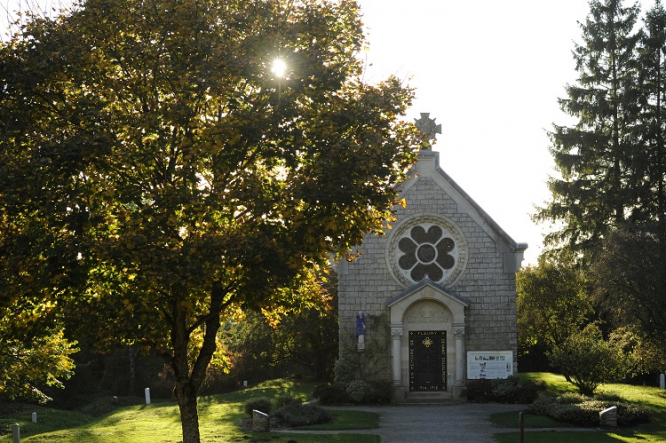 Nine villages in the Meuse were totally destroyed during the Battle of Verdun. They are Villages Mort Pour la France.

Like other communes in France, they still have entry and exit signs.

They still have a mayor, who is chosen by the prefect and is responsible for the ceremonies that are still held there and for the upkeep of the site.

Vincent Jacquot gives guided visits for the Meuse Tourisme offices and says it is very difficult to visualise now, that these places were villages just like any other, little more than a hundred years ago:

“Take Fleury-devant-Douaumont, for example,” he said. Before the war it had a population of 400.

There was a baker, a grocer, farms, and vines.

In 1914, the villages were all on the frontline and were all evacuated.

During that time the villages were in the midst of the war zone.

It was not trench warfare but solely fought with artillery – with 60 million shells fired in total.

Six shells landed for each square metre in Fleury-devant-Douaumont alone.

The village changed hands 16 times during the battle.

The soil was “ploughed” by the shells to a depth of 10 metres. Buildings were annihilated.

Stones and bricks used to build them were pulverised into dust.

Of the nine villages, only a few remnants of wall and part of a church remain in one, Ornes.

Three villages were reconstructed a few hundred metres away from the original, but others were  abandoned.

The Anciens Combattants de Verdun requested that these sites be kept as a memorial to the battle.

The soil was so badly damaged that the only solution was to plant trees, so now there is forest where once there were houses, schools, bakeries and churches.

A chapel has been built for each village. You can visit the sites which are open to everyone with no charge.

There are plaques to show where the different village buildings once stood and information panels to tell their story.

Mr Jacquot said the biggest shock for many visitors when they arrive at what is now a quiet, peaceful, wooded area with birds singing, is the state of the ground. It is uneven and has holes left by shells.

“It is difficult to think people used to carry on their daily lives here. There was even a railway line, which has now completely disappeared.”

Information and tours in French, English and German of the Verdun Battle sites including Fleury-devant-Douaumont, at www.tourisme-meuse.com