Inside the houses that Le Corbusier built... 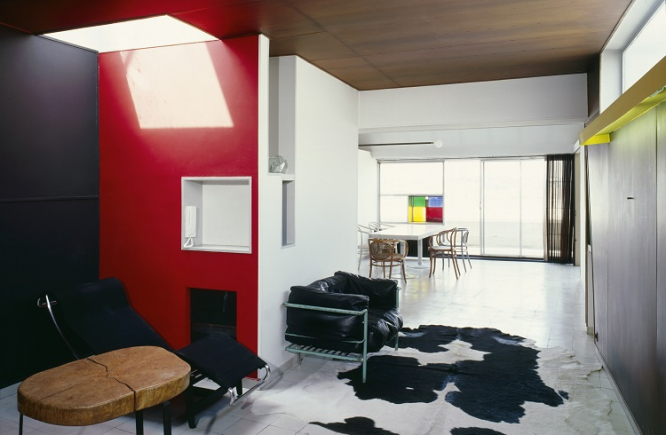 His most famous maxims – “a house is a machine for living in,” and “modern decoration has no decoration” – referred to his use of plain white walls and ribbons of windows filling spaces with light.

Today, this seems quite conventional.

Many modern apartment buildings have plain walls devoid of picture rails, dadoes, and skirting boards; doors and windows are plain, and furniture and fittings feature clean uncluttered lines and simple shapes. It is all so familiar we hardly think about it, but when Le Corbusier first began producing these kinds of designs, it was revolutionary.

The five points are:

In 1937 he became a Chevalier of the Légion d’Honneur; in 1945 he became an Officier; in 1952 a Commandeur and in 1964 a Grand Officier. He was also showered with awards and accolades and in 2016, 17 of his buildings became Unesco Heritage Sites.

Not everyone, however, was as convinced by his vision. Jane Jacobs, in her seminal book The Death and Life of Great American Cities (1961) criticised ‘rationalist’ town planning, arguing that it overlooked and oversimplified the complexity of human life.

These days, the modernistic high-rise architecture that characterises the French suburbs is being replaced by more traditional developments.

“Wherever it was tried, it failed. Standardisation proved inhuman and disorientating. The open spaces were inhospitable, the bureaucratically imposed plan, socially destructive.”

He concluded that, “Cities have learned that preserving history makes more sense than starting from zero.

“It has been an expensive lesson, and not one that Le Corbusier intended, but it is too, part of his legacy.”

The Fondation Corbusier owns three sites in Paris, which were designed and built by Le Corbusier, and are all open to the public: Maison La Roche, Maison Jeanneret, and Appartement-Atelier, where he lived from 1934 to 1965 with his wife Yvonne Gallis.

A duplex in the Molitor building, it is full of fascinating insights. It is easy to see, for example, that there is no provision for bringing up babies or children.

Then there is the frosted glass, intended to overcome the distraction of the flat’s fabulous views over Paris.

Tubular furniture, restrained colours, exposed pipes, a bidet right beside the bed (apparently Yvonne covered it with fabric), resolutely open plan spaces... the apartment (and the photos of it when it was inhabited) give a clear indication of how Le Corbusier saw life.

In 1951, he designed a wooden holiday home in Roquebrune-Cap Martin, which you can also visit.

It is small, and features the same ascetic approach to living, with the bathroom included in the open-plan arrangement.

Le Corbusier often went there on holiday. He drowned in 1965, in the nearby sea, aged 77, having refused help to climb out of the water onto the rocks.