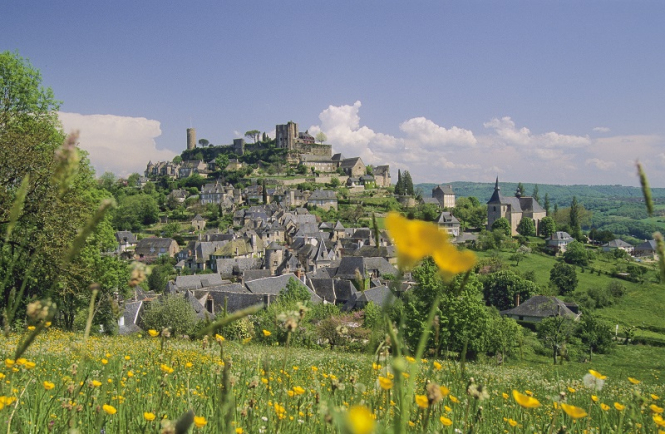 Today, Turenne, in the Corrèze, is a small, picturesque village that is home to just over 800 inhabitants. For centuries, however, it was the seat of the  last independent fiefdom in France – and immensely powerful.

From 984 to 1738, the Viscounts who ruled it and its population of around 100,000 – stretching about 50km in every direction – were given special privileges allowing them to make their own laws, mint their own money, raise an army and collect taxes, without having to give any to the royal family.

The Viscounts of Turenne were given these special privileges by French King Louis IX in the 13th century, during the Hundred Years War between the French and the English.

At that time, most of southwest France was owned by the English, following Eleanor of Aquitaine’s marriage to Henry II.

Louis IX was therefore willing to give favourable advantages to Turenne so he could keep at least one area in the region faithful to the Crown.

Clues to its former glory can be seen in the fine 16th and 17th-century noblemen’s houses on the hillside and the remains of the castle on the hilltop.

The Château de Turenne is today owned by Camille Zambaux, after his grandfather bought it in 1920.

He is proud of his home’s history: “The Comborn family owned the land from 984 and started to build a castle in the 11th century. They were here for three centuries, and were very influential.

“They took part in the crusades, some of them with Richard the Lionheart.”

But eventually there were no male heirs and the last daughter, Marguerite Combron, was married to the Comminges family close to the Spanish border, who owned it during the first half of the 14th century.

Then came the Les Rogers de Beaufort, another powerful family. Two of them became pope at Avignon: Clément VI and Grégoire XI. Their influence contributed to the development of Turenne.

It was then owned by La Tour d’Auvergne family, a noble French dynasty. They were protestants and the village was during the Wars of Religion up until the Edict of Nantes in 1598.

Turenne continued to be a powerful town and its currency was accepted as far north as Limoges and as far south as Cahors.

But in 1738 Turenne was sold to King Louis XV to pay off the debts of the last Viscount, Charles-Godefroy.

The King began to dismantle the castle, but the 12th century Tour César – with its magnificent view from the top – and the 13th century Tour de Trésor still remain.

The inhabitants now had to pay taxes to the King, reportedly far more than they had to pay to the Viscount.

Mr Zambaux does not know why Turenne was able to keep its independence for so long, but he has a theory: “I think it may have been because it was so far from anywhere else, it was not seen as a threat.

“Paris, Toulouse and Bordeaux were just too far away to be concerned.”

After the revolution the castle was sold off “so that non-aristocratic families like mine can now own it”, said Mr Zambaux.

The castle is open to visitors – see more at chateau-turenne.com – while there are also guided tours of the village, once seat of one of the most powerful regions of France, available via brive-tourisme.com