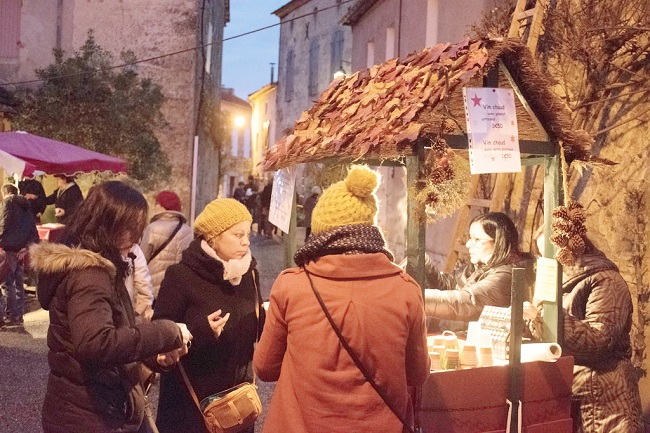 Castelmoron d’Albret, in the Gironde, is the smallest commune in France, a surface area of 3.5 hectares – but it has a big history.

In 2019, just 52 people live in the village; and the mairie is open once a week, on Wednesday afternoons. But in its heyday it was an important administrative centre ruling over 40,000 people.

The village is built on a rocky outcrop and its buildings are grouped around the church and its ancient market place.

From 1556 up until the Revolution, Castelmoron, as it was called then, commanded one of four seneschalties for one of the most powerful noble families in France, the Albret family.

A seneschalty, sénéchaussée in French, was a judicial and administrative region in the south, controlled by a royal officer, called a sénéchal, and its jurisdiction covered five towns and 75 parishes.

The Albret family came from Les Landes and the most well-known is Jeanne, who was the mother of King Henry IV of France, also known as Good King Henry who ruled from 1589 to 1610.

She was Protestant and, though her son was baptised a Catholic, he was always sympathetic to the Protestant cause.

However, as time went on the population became unhappy with their rulers. In 1775, a new tax on livestock resulted in rioting.

Some 500 peasants armed with pickaxes, scythes and pitchforks gathered in front of the sénéchaussée building shouting death to the sénéchal.

He fled out of the back door and the rioting crowd seized all the accounts and records and burnt them on the square.

After the Revolution, the royal privileges were taken away, though it continued to rule over 11 communes, and for a short while its name was changed to Roc Marat, after the revolutionary leader Jean-Paul Marat.

Up until the 1950s it was a lively place with plenty of shops, cafés, restaurants, dance halls, a cinema, hairdresser, blacksmith, mechanic and post office.

Little by little, the rural population left for the towns and now there is a bar, brocante, garage, blacksmith and potter.

The school closed in the 1980s. Its name was changed to Castelmoron d’Albret in the 1950s to avoid confusion with other Castelmorons in France.

The mayor, Caline Alamy says her village is a magical place to live in.

She was born in Australia and says it is funny that someone from one of the biggest countries in the world should now be mayor of the smallest commune in France.

“We are a medieval site with only one road in and one road out.

“There are many historic vestiges such as a pretty little lavoir, the houses and the market place.

“Around Christmas we become the village des crèches where visitors come to see all types of different nativity scenes set up all over the village.

“Our village has not been perfectly restored, like St-Emilion for example, but tourists love it because it remains an authentic place, full of history and still lived in by ordinary people.”