Why this small town in the Alps loves Mexico 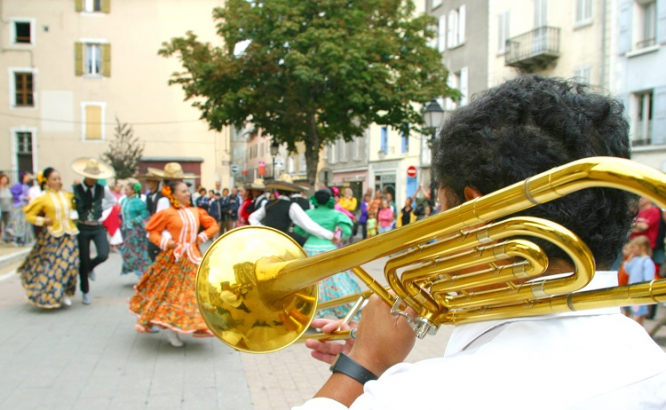 A Mexican festival (above) is held annually
By Oliver Rowland

This month the streets of the small town of Barcelonnette in the French Alps will once again be bursting with Mexican costumes, music, song and dance – an incongruous spectacle in the setting, but there is a good reason for it.

In fact Barcelonnette (population under 3,000), at 1,135m where Alpes-de-Haute-Provence meets the Dauphiné and Piedmont in Italy, has unique ties with Mexico dating back 200 years.

This explains why local churches depict the South American saint Notre Dame de Guadalupe, the town has a plaque dedicated to 10 Mexicans who came to enlist in the First World War, is twinned with Valle de Bravo in Mexico State, has 50 imposing ‘Mexican villas’ – and is one of eight French towns with a Mexican consulate. Each time a new Mexican ambassador is nominated they visit the town, as happened last year.

The story dates to the start of the 19th century and the three Arnaud brothers from nearby Jausiers. Jacques was in his 20s when he closed his unsuccessful silk factory and went to New Orleans, Louisiana. Joined by his brothers, they founded the city of Arnaudville in the bayous area – today twinned with Jausiers. They moved to Mexico in 1821, where they opened a textiles and clothes shop, Las Siete Puertas, in the capital of the country which was recently independent from Spain.

It did well so other young men from the area, known as the Ubaye Valley from the river that runs through it, were inspired to follow. Between 1833 and to the Second World War some 2,500 ‘Barcelonnettes’ emigrated to Mexico.

The years 1870 to 1910 saw the height of their success in cloth factories and grand department stores on the Parisian model as well as in mining, oil and banks. The most famous reminder of the era are the Liverpool department stores which have 100 branches and mark their 170th anniversary this year.

The curator of Barcelonnette’s Musée de la Vallée, Hélène Homps, said: “It was so-called because goods used to transit through Liverpool and have ‘Puerto de Liverpool’ on the packs. The company is still run by people with names from the Vallée de l’Ubaye.

“Barcelonnettes were successful because they had a long experience in commerce, especially in cloth. They had been merchants since the end of the Middle Ages and business had always taken them far away and then brought them back to their valley again.”

The grand ‘Mexican villas’ were built by returners, who often also built themselves a grand tomb in the churchyard, sometimes by the same architect. In fact they have nothing Mexican but the name. “They were so-called because people called the emigrants ‘Mexicans’ or ‘Americans’,” said Ms Homps.

A walking tour of the villas has been established by the mairie. Returning residents were also responsible for the renown of the Hotel Carlton in Cannes, said Ms Homps – “they bought it, extended it and made its name” – and were among the backers of the Pra Loup ski resort and built a church, town hall and hospital in Barcelonnette.

Their descendants in Mexico are more numerous than the population of the valley itself and they have included a former Mexico City mayor.

There are many exchanges between French people and Mexicans discovering their roots, in person or on the internet. In the 1980s it was decided to celebrate the link with a festival.

The Musée de la Vallée is itself housed in a villa mexicaine – the only one open to the public – and contains many items from Mexico. “We receive gifts from descendants who visit throughout the summer, such as costumes, folk art and photo albums,” Ms Homps said.