Bells ring out in Toulouse to mark great victory 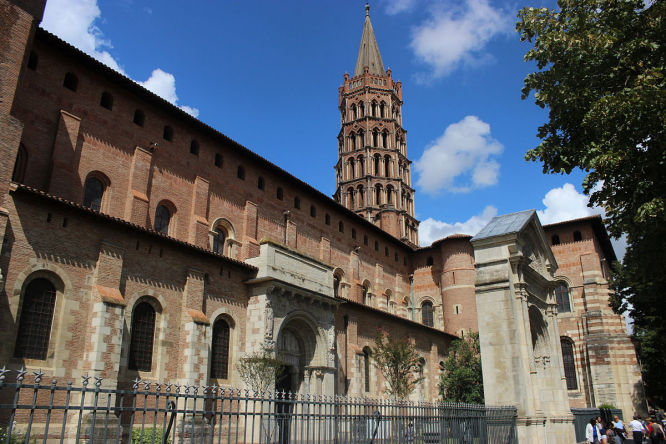 A stone that killed Simon de Montfort on June 25, 1218 - effectively ending the siege of Toulouse - was believed to have come from the roof of the Basilica of Saint Sernin
By Connexion journalist

If you happen to be in Toulouse at lunchtime on Monday, you may be surprised to hear church bells ringing for seven minutes.

It is the first grand tolling of the bells in the Pink City since the end of the Second World War - and similar to that celebration, this year's event also celebrates a great victory.

It marks the lifting of the siege of Toulouse during Albigensian Crusade 800 years ago, shortly after the death of the leader of the surrounding forces, Simon de Montfort.

Simon had captured the city and proclaimed himself Count of Toulouse in 1216 - only to lose control in his absence a year later, when legitimate claimaint Raymond VI retook the city without a fight. On his return in October 1217, Simon surrounded the city. The seige lasted until June 25, 1218, when Simon was killed by a stone that - it is thought - came from the roof of the Basilica of Saint-Sernin, now one of two World Heritage sites in the capital of Occitanie.

Jean-Michel Lattes, deputy mayor of Toulouse in charge of the delegation for Occitan culture said: "This important date in Toulouse's history will be a key moment in the year of celebrations, but we do not want it to remain a one-off event.

"It is for this reason that we are going to decline, with the association Convergéncia Occitana, a series of events. To commemorate the end of the siege of Toulouse is not simply to evoke the outcome of a battle but to bring Occitan values to the forefront."