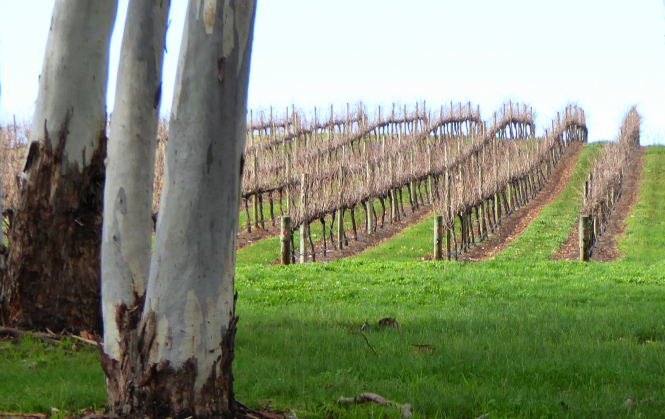 In 1800, colonial settlers in Sydney, Britain’s first foothold in Australia, needed help. They brought vines with them but had spent more than a decade in a fruitless attempt to turn the grapes into wine. London’s response was worthy of Blackadder – send a couple of French prisoners-of-war who, as natives of the Loire, would know a thing or two about making wine.

Sadly, the cunning plan failed. After three years, all the pair had produced was vinegar. To make things worse, a French manual on vine-growing was translated and published around the same time – but without making clear that the seasons were reversed in the Southern Hemisphere. As a result, vines were pruned at the height of the growing season.

Despite these early setbacks, later generations of Australians would succeed, even overcoming such labelling infelicities of the 1970s as Kanga Rouge. Although Australia is now one of their country’s biggest winemaking rivals, the French have always been sniffy about Australian wine. In 1873, Vienna hosted a World Fair and the colony of Victoria cheekily offered some of its wines for tasting. To the surprise of many, its Hermitage swept the board – but the French judges smelled an Anglo-Saxon rat.

As the Melbourne Argus reported at the time: “So excellent were the samples of Hermitage that when a third specimen showed the same striking affinity with the famous wine of the Drôme... the French experts insisted it was French wine, matured by a voyage to Australia and back to Europe.”

Foire aux Vins 2020 is a seven-week French wine fair, and this year, heavy discounts due to Covid-19 are expected

Even today, try to find Australian wine in a French supermarket and chances are it will be relegated to a row of vin quelconque (odds-and-sods) or given honorary French regional status to make up a shelf. Whenever I have asked the staff why they don’t stock more Australian wine, I’ve always got the same response: Aucune demande, monsieur!

Here’s the paradox: while the French consumer may be resistant, there is a long history of cooperation between winemakers of the two nations. In the late 1800s, French migrants played a key role in the commercial development of Australian wine. Among them was Edmond Mazure, born in Coulommiers, Seine-et-Marne. Both his father and uncle were winemakers but young Edmond headed east and ended up making wine near Adelaide.

A pioneer of the méthode champenoise in Australia, Mazure is probably best remembered for his sparkling Shiraz – yes, fizzy red. It is still popular Down Under, particularly at Christmas. Think Italian Lambrusco but darker and punchier. A century later, the traffic was reversed when in the 1980s a new breed of Antipodean viniculturist emerged – the Flying Winemaker.

Tony Laithwaite, the English wine merchant who ran the Sunday Times Wine Club, had a problem: the quality of the wine imported from France varied from year to year. To improve consistency, he hit on the idea of recruiting some Australian winemakers. With their vigorously scientific approach, why not get them to help the French? It is not hard to imagine the likely reaction – upstart Aussies telling French vignerons how to do a job that had been passed down the generations: a version of “I’ve been sent from head office to help you out”.

However, a number of French winemakers bottled their pride and signed up. It worked: quality and consistency improved. Martin Shaw, now joint owner of the Shaw+Smith winery in the Adelaide Hills, was chosen to lead the project. Based in Bordeaux during the harvest season, he was simultaneously supervising vineyards in the Dordogne, the south of France and even Spain.

More than 30 years on, he recalls racking up 1,200 kilometres a day, leaving the house at 03.00 and not getting back until midnight: “I had an agreement with BMW: they’d give me a new car when I arrived, which I would hand back 10 weeks later. The first year, I returned it with 45,000 kilometres on the clock. They were a little taken aback.” Shaw and his fellow Antipodeans oversaw the entire process: the choice and handling of the grapes, tackling disease, protecting against oxidation, selecting yeast, cooling the juice, balancing the acidity/sugar.

Crucially, timing la vendange, the harvest: “In Australia, when the grapes needed to be picked, you picked them. So, if it’s Tuesday, you pick them on Tuesday – and if it happens to be a Sunday, so be it. Whereas the (local French) culture was more about, ‘Saturday and Sunday don’t really work’. So we might have to go in and look after the fermentations and sometimes, if the gate or doors were locked, we might have to jump the fence.”

Shaw is quick to add that the learning was not all one way. Long before becoming a flying winemaker, he had spent two years studying oenology at the University of Bordeaux – a sort of “sedimental education” – and had access to some of the finest French vineyards. “It taught me about the quality of grape, whether Chardonnay growing in grand cru vineyards in Burgundy or Syrah growing in Côte-Rôtie in Northern Rhône. And the ‘more modern’ wines we are making at Shaw+Smith, and in Australia generally, are embracing those techniques.”

Rosé wine is the most 'Instagrammable' of all French tipples; but what is behind its rise in popularity?

Given this history of contact and exchange, why has the French wine-lover still not succumbed to the delights of an Aussie tipple? Who better to answer than a Frenchman with vineyards in both countries? Fifth-generation winemaker Jacques Lurton accepts the French are innately conservative. “They are not so adventurous. They will try Australian wine and they think ‘Wow, this is so good!’. But, when it comes to buying it, no, they just go back to their base.”

Lurton reckons there is another factor: “France has so many different regions, with different varieties. In Australia, you might have a wine from the Yarra (Valley), from the Barossa, you might have a wine from Western Australia, wherever … but it’s made with the same variety. You don’t offer the consumer much difference – nothing to compare with Bordeaux, with the Loire, the Rhône, or Provence.” How might things have turned out if those French POWs sent to Sydney in 1800 had been genuine winemakers?

Jacques Lurton is a pillar of the Bordeaux wine establishment. A fifth-generation winemaker, he has headed the André Lurton empire since his father died last year. He also has a maverick streak and a long association with Australia. He said: “I went there as a winemaker trainee in 1984/85, and I fell in love with the country and always dreamed of putting my foot in Australia one way or another.”

The dream was realised when, after re-visiting the country on his honeymoon in 1997, he bought a plot of Aussie terroir. Not in one of the manicured hotspots – the Barossa or Hunter valleys – but on a scrap of land off the south-east coast best known for its marsupial wildlife: Kangaroo Island. The Islander Estate Vineyards were duly planted.

Lurton chose mostly Cabernet Franc and Semillon, two “underdog” varieties his father disliked so much that he had them uprooted from all the Lurton vineyards. In the years that followed, the estate earned a solid reputation, initially exporting nearly all its output but latterly establishing a home market, with more than half now sold in Australia.

Last January, during Australia’s devastating bushfires, 20 years’ work went up in smoke. Many would have walked away, but not Lurton: “I don’t have that rational way of seeing things – because I’m a Latin. An Anglo-Saxon will say ‘Oh bugger, it’s not worth starting again. Let’s do something else’. Me, I love Kangaroo Island … I’m linked to this place.”

The vines may, or may not, re-shoot. If new stock has to be planted, history suggests it will be about eight years before the grapes produce top quality wine again. As Lurton – now 61 – observed: “You can make good wines from very young vines but never great wine. The vine is like us humans. When we are young, we are vigorous and crazy… and when we are aged, we are settled and serious.” At least there will be one more year from the original vines. The 2019 harvest was saved from the fire, protected by the concrete fermentation tanks or moved off-site. Whatever its quality, it will be a vintage to treasure.