Cookie Consent by FreePrivacyPolicy.com French News and Views in English | The Connexion A year in a French vineyard: May 2019
6 may 2021
Classifieds Currency exchange Newsletter
Login Register BASKET
Facebook Twitter 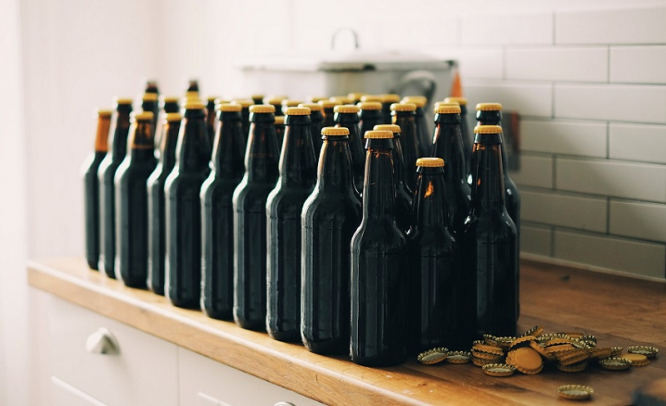 The current increase in craft beers, even in France, has revived my interest in brewing some beer at home and perhaps transferring some of my winemaking skills to the craft of the grain.

There are three levels of home-brewing. The entry-level is to use a kit which contains all the ingredients required to make a particular style of beer. These are simple to use but do not allow any experimentation.

The second level is to buy some pre-prepared ingredients such as malt-extract syrup and hop pellets. Finally, those who want to get as close to being a real brewer can use malted grain and whole hops. Each level involves more equipment, more time and more things that can go wrong.

Being a “proper” winemaker and having already made beer from kits as a student, I wanted to skip the first level and experiment with grain and hops. After shopping around on the internet I found two good sources. Brewstore in the UK and Rolling Beers in France.

One of the big differences from winemaking is that you need to sterilize all the equipment because the level of alcohol in beer is not high enough to kill off the bacteria that could damage it. Winemaking equipment just needs to be clean, not sterile.

Beer has more in common with cooking than winemaking does. To make beer you need to have a precise recipe to follow because each type of malt or grain, malt extract or syrup will provide a different amount of sugar per litre of water.

With wine, we just take a sample of the grapes and measure the original gravity (OG) of the juice, picking the grapes when it is high enough.

With beer I needed to work out the amounts of each malt I wanted to use to reach the desired OG by looking up tables and calculating the weights of each malt. Just like wine, the OG will determine the potential alcohol content of the beer, assuming all the sugar gets fermented.

There are loads of grains that can be used in beer but the basic ingredient is malt, a semi-germinated form of barley or wheat.

Malt comes in different colours and flavours, depending on how much it has been roasted. As well as malt, you can choose to add other grains such as unmalted barley, wheat, oats, rye and rice to alter the nature of the brew.

Malted grain contains enzymes that can convert starch to sugar when they are steeped in water at 67-70°C. This process takes about 45 minutes and also extracts essential flavour and colour.

The resulting liquid is called the wort, which then needs to be boiled for about an hour.  Boiling sterilises the wort by killing off unwanted microbes. It also coagulates proteins that could make the beer cloudy. Finally, it allows the extraction of alpha acids from the hops that give beer its bitterness.

Hops are the dried flowers of the hop plant. Like grapes, hops vary in flavour by variety and where they are grown.

As well as bitterness, they can add floral, fruity or citric aromas to the beer, depending on the type of hop and when they are added to the wort.

As with the malt, the brewer needs to carefully work out the type and amount of hops and when to add them beforehand. Experimenting with different hops and boils is a big part of the fun of home-brewing.

After boiling, wort needs to be cooled down to around 20°C and transferred to a fermenting keg before the yeast can be added. The OG can be adjusted downwards by adding more water. I have been told that wine yeasts and beer yeasts are very different and there is a large choice of beer yeasts on the market in both dried and liquid form.

Fermentation of beer is slower than wine because there is less sugar at the start. It is more important to keep the temperature around 20°C to keep the ferment going. Wine can ferment anywhere between 12 and 30°C and generally consumes more of the available sugar. I believe this is because there are more vitamins and yeast nutrients in grapes than there are in sterilized wort.

Once the ferment is over, you have the decision of how to condition and store the beer. I racked mine off the yeast and left it to settle for two weeks in a sealed container. That allows the beer to clarify and develop some extra flavours. Many home brewers bottle their beer, adding a small dose of sugar so that it referments, making it fizzy again.

Nobody likes flat beer. I chose to keg mine for convenience. I bought a second-hand soda keg off the internet and some connections to inject CO2 and to tap off the beer.

Rather than refermenting to provide fizz, I carbonated the beer from a CO2 tank that I use in the winery. This method ensures there is no yeast sediment in the keg and is more precise in achieving the desired level of gassiness. It also only takes two days instead of weeks and I was keen to taste the results.

The beer was pretty good for a first attempt. It was clear and had a good head. It’s certainly drinkable and more tasty than Kronenbourg. However, there are a couple of things to tweak for the next batch, like making sure more of the sugar is fermented and increasing the bitter flavour of the hops, which seemed to disappear in the keg.

In conclusion, there are more decisions to make and more ingredients to play with compared to winemaking. It was also a more stressful job because of the precise measurements and temperatures and having to do everything in a short space of time with sterile equipment.

The results are more authentic than any homemade wine that I have ever tasted because making wine in small quantities is more difficult than in large volumes.

However, the big advantage of beer-making over wine is that I do not have to wait for the next harvest to have another go.

Jonathan Hesford has a Postgraduate Diploma in Viticulture and Oenology and is the winemaker of Domaine Treloar in the Roussillon – www.domainetreloar.com . If you have questions on this column, email him at info@domainetreloar.com