April food basket: what is in season this month 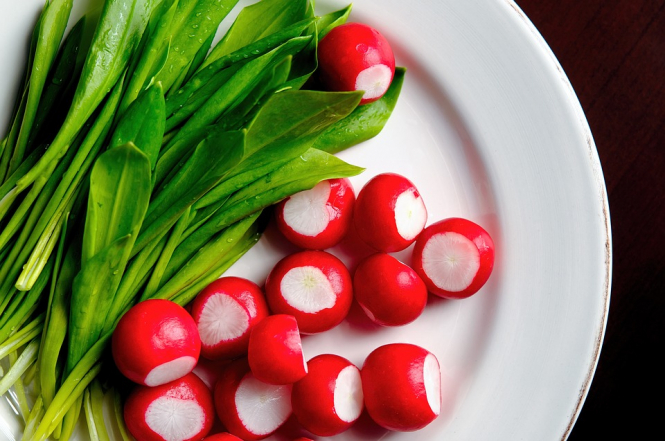 The government has issued its monthly recommendations on what foods are best to eat and in season for April – and with the arrival of spring, vegetables such as asparagus, green peas and radish should be on your menu, it suggests.

Concerning seafood, it is time to cook halibut. It can be smoked or dried. Edible crab (tourteau) is also in season as well as turbot.

Rhubarb and blood orange are two other fruits we can start to eat from this month. However, be careful not to eat the leaves of rhubarb as they can be toxic.

The monthly food basket proposed by the Ministère de l’Agriculture et de l’Alimentation even offers a recipe for turbot fish with a pomelo sauce, as the fruit is in season too.

Peel one pomelo and press a second one and half of a lime. Keep the juice for later. Cut the other half of the lemon in slices. Cut 60g of butter in small cubes. Then cut the fish into four parts, put them in an oven tray with butter. Add thyme, salt and pepper and let it cook at 200C for 15 minutes.

Pour the juice in a pan, add liquid cream and let it thicken. Add the butter cubes while mixing. Add salt and pepper.

Pour onto the juice on the fish and decorate the plate with pomelo and slices of lemon.

The article also advises on seasonal cheeses and reminds that children, pregnant women and people suffering from immunodeficiency should avoid eating unpasteurised milk or cheese.

Rochebaron cheese, a blue cheese made in Auvergne, is in season as well as the Morbier AOP which can be eaten cold or hot.

Made in Centre-Val-de-Loire, the Pouligny-Saint-Pierre AOP, the goat’s cheese known for its pyramid shape is also to be eaten in April. It is best to cut it vertically to enjoy all its flavour.