Can I avoid fraudulently labelled wine? 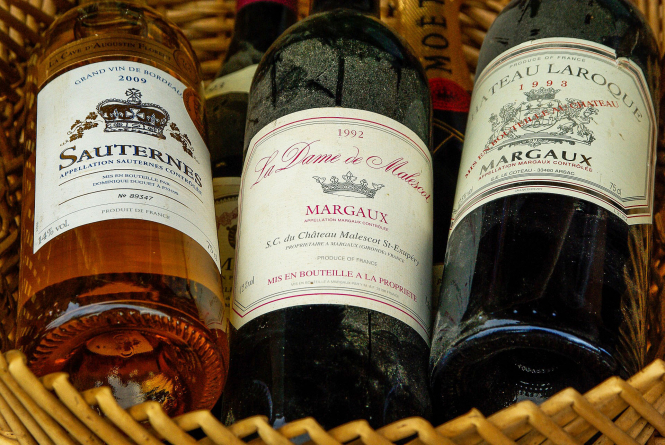 March saw yet another wine négociant prosecuted for wine fraud. The company Raphaël Michel, alleged to be France’s number one trader of bulk wine, is believed to have been convicted of selling Vin de France as the AOPs Côtes-du-Rhône and Châteauneuf-du-Pape.

It was reported that up to 450,000hl, the equivalent of 65 million bottles, have been sold fraudulently over a period of three years, which coincidentally corresponded to a 400% increase in the share price. See our April edition for more on this.

Raphaël Michel is a major supplier of wine to UK supermarkets under a number of different labels as well as having a large market in China. They import wines from Chile, Argentina, Australia and South Africa as well as buying from over 1,000 different growers in France.

Négociants are companies which buy grapes, juice and wine from multiple sources, including caves cooperatives and independent estates, to blend and perhaps modify, before either being sold in bag-in-box or bottle under their own label or that of the customer, for example a supermarket own-brand. Wine may also pass in bulk through the hands of several négociants before being bottled.

No matter who the wines are bought from or how the wines are blended, they must always be kept in their separate Appellations d’Origine Protégées (AOPs). A paper trail going back to the vineyard of origin, follows the wine through its journey. That paper trail is monitored by the Douanes (customs officials) and can be verified by audits of the physical stocks of wine and sales records. That paper trail can be very complicated which is why it can take years before the douanes have enough evidence to intervene.

The whole French wine market is based on the relative desirability of the AOPs, from Margaux and Châteauneuf-du-Pape to Corbières and Muscadet. Beneath the AOPs are the regional wines bearing an Indication Géographique Protégée (IGP), which used to be called Vin de Pays. At the bottom of the hierarchy is Vin de France (VDF) which can be made from grapes from anywhere in France with few quality regulations or controls.

Because consumers are willing to pay significantly more for a prestigious or well-known AOP than a lesser one or an IGP, there is always the temptation to fraudulently blend or redesignate wine up the prestige tree.

Wine traders know that very few consumers would be able to tell if their Châteauneuf had been cut with 10% of some IGP Grenache, for example. It’s also true that the AOP is no guarantee of absolute quality.

There are plenty of mediocre Saint Emilion and Bourgogne wines out there that could be improved by the skilful addition of some ripe Merlot or Syrah from further south. It is said that this practice has been going on for centuries, before AOPs became official.

As well as cutting prestige wines with cheaper ones – the most common type of wine fraud – some traders are bold enough to simply rebrand batches of cheap wine as something more desirable.

So while the consumer may not necessarily be getting a worse bottle of wine when négociants illegally blend in “lesser” wines, they are not getting what they think they are buying and the négociants is getting paid more than they normally would. Perhaps more importantly for the wine trade, these forms of fraud undermine consumer confidence in France’s wine regulations and AOPs, which can damage sales of honestly labelled wines.

In nearly every case of fraud that I can remember, it has been a négociant which has been found guilty. In France, the distinction between a négociant and a récoltant is quite distinct. A récoltant grows, makes and bottles their own wine and cannot by law buy in grapes or wine from other sources. So their ability to blend fraudulently is limited to their own vineyards.

So how do we spot a récoltant wine from a négociant wine? Unfortunately, there are few rules to stop a négociant labelling their wine “Chateau Whatever” or “Domaine Blabla”. Those properties don’t even need to exist. Even the words “mise en bouteille au chateau” don’t tell you anything other than where the wine was finally bottled. However, the tax capsule, which covers the top of the bottle (pictured, inset), will either have the words “récoltant” or “négociant”, or just R or N for short. Négociants sometimes use a capsule saying “Eleveur” or “E” implying that they have aged the wine in their cellars. So inspecting the top of the bottle is just as important as, if not more than, knowing the name of the AOP when trying to chose a good and authentic wine.

It is also worth noting that independent wine shops or cavistes are far more likely to know the true source of the wines they sell than a supermarket, who tend to be the victims of this kind of fraud.

Jonathan Hesford has a Postgraduate Diploma in Viticulture and Oenology from Lincoln University, New Zealand and is the owner, vigneron and winemaker of Domaine Treloar in the Roussillon – visit www.domainetreloar.com.

wine
winemaker
More from Food and Drink
More from Connexion