September food basket: what to eat this month 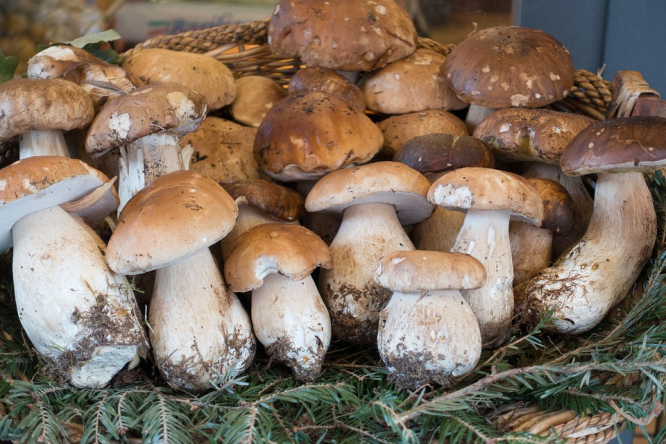 Every month since 2013 the Ministère de l’Agriculture et de l’Alimentation publishes a list of which foods are in season, including cheese and fish, in a bid to encourage consumers to eat better, with local products, and thus to protect biodiversity.

In September, it is good to eat ceps (mushrooms), as they grow everywhere, particularly in the south-west and the Centre region.

Endives are recommended as France produces almost 160,000 tons every year. They can be cooked or eaten as part of a salad, maybe with nuts.

It is also the season for artichokes, which are mainly produced in Occitanie and Brittany. It is advised to put a dash of lemon in the water when you cook them to prevent darkening.

Fish which are best to eat now are carp (carpe), sole (sole), and John Dory (Saint-Pierre).

Some cheeses are at their best at the end of summer – including reblochon AOP, which is made from raw cow’s milk in Savoie and Haute-Savoie.

You can also eat cabécou, a soft goat cheese coming from Aquitaine, and fourme d'Ambert AOP, which is a soft blue cheese. Fourme d’Ambert AOP is made with cows’ milk with the cows living at an altitude of 600-1600 metres in the Auvergne region.

For fruit, it is recommended to eat grapes (raisins), starfruit (caramboles) and mirabelle plums (mirabelles).

food
seasonal
More from Food and Drink
More from Connexion