French seasonal food and drink: What to eat in June 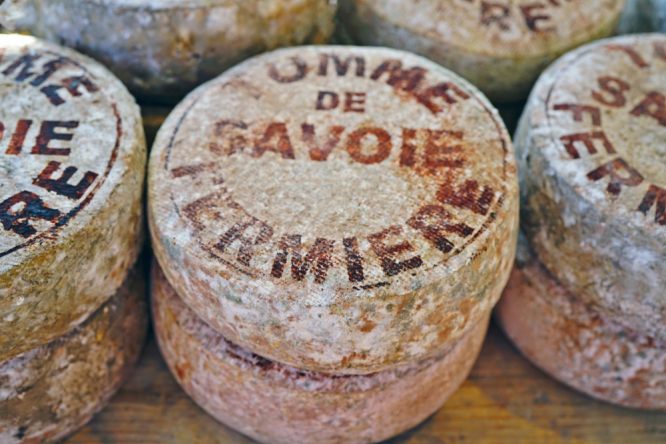 In June Tomme de Savoie cheese, melons, cod and cherries are the highlights as warmer weather becomes the norm rather than the exception.

It is also time for tomatoes – whether cherry or beef – and cucumbers. Cucumber originally comes from Asia but Pays de la Loire is the region where France produces it the most.

Fennel is also in season and can be eaten raw or cooked.

Some fish such as cod (cabillaud) are best eaten in June. But it is also a good time for spider crab (araignée), and cockles (coques) which can be eaten with pasta or in an omelette.

For dessert, some cheeses are tastier in the summer as cows tend to produce better milk in spring. It is now advised to eat Tomme de Savoie, Comté and Livarot, which is an AOP (Appellation d'Origine Protégée) cheese produced in Normandy.

All of them are made from cow’s milk.

Comté is the most produced cheese in France while Livarot (also called ‘Colonel’) is known for its orange lines and softness. Tomme de Savoie is a semi-soft cheese that is produced in the French Alps.

The cherry season is very short and reaches its peak in June. The most productive regions are Auvergne-Rhône-Alpes and Provence-Alpes Côte-d'Azur.

A favourite fruit in France (more than 34,000 tonnes of cherries were produced here in 2019 according to government figures), there are several varieties to try, including la bigarreau, Montmorency, Monts de Venasque and the black cherries of Itxassou in the Pays Basque.

Paris start-up develops cruelty-free, lab-grown foie gras
22 July 2021
More from Food and Drink
More from Connexion
Get news, views and information from France
Join the newsletter
Subscribe to The Connexion