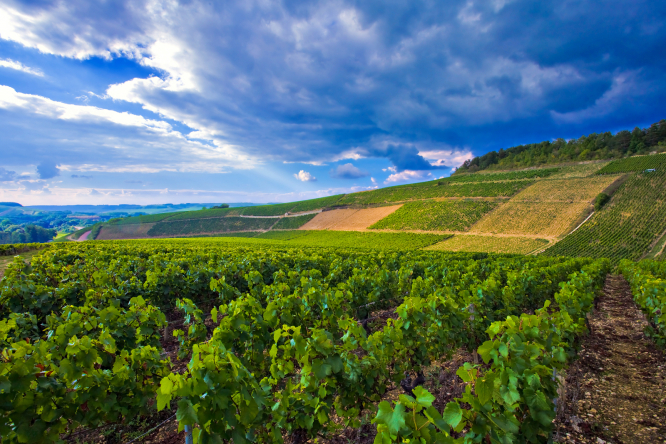 A trial in Bordeaux over the 2012 reclassification of Grand cru wines in Saint-Emilion has raised questions about the complex system of wine classification in France – and given a glimpse of the fortunes attached to them.

The prosecution in the trial now says that two influential men in the wine trade conspired illegally through “little arrangements among friends” to ensure that a chateau owned by one of the men, and eight others with which he worked as a consultant, were promoted in the classification.

An earlier prosecutor had argued there was no case to answer – only to be told by France’s highest court that there was indeed a case after some of the owners of chateaux declassified in 2012 hired a leading lawyer.

Both men deny the charges, and the court has not yet given a date for its judgment.

While the specifics of the case have kept lawyers in funds for years, and will probably do so for years to come through appeals, a look at the prices of wines from the two chateaux gives an idea of the amount of money involved.

The premier Grand cru’s classe A first wine from 2015 is listed on the web at €850 a bottle, while the chateau which was promoted to the second division, premier Grand cru classe B, sells its 2015 for €86 a bottle.

Both are made near to each other in Saint-Emilion.

The idea that wines made close to each other should vary tremendously in price can seem absurd to many people, especially as in some parts of Burgundy, for example, the vineyards seeing huge price differences are separated only by a narrow dirt road.

But just about the entire modern French wine industry is based on the premise that a wine’s characteristics are uniquely determined by the terroir, the natural environment of the place where their grapes were grown.

Winegrowers point out that even owners of small gardens will see on mornings of a light frost that some parts of the garden are more heavily frosted than others, and that the sun will melt the frost in some parts but not others by mid-morning.

Apply these singularities to parcels of vines, and it becomes apparent that no one parcel is the same as another, they argue.

Nationally it is the AOC or Appellation d’origine contrôlée, also sometimes called simply AC for Appellation contrôlée system, which is used to determine where a wine comes from, how it is made, and to protect its quality.

This does not necessarily mean a vin de table is necessarily the rough stuff – there are a few winemakers, especially those making so-called “vin nature” who refuse to obey the requirements for AOC or vin de pays and accept that they will only be able to sell their wines as vin de table or IGP.

Criteria for AOC wines – which were first introduced in 1936 – are drawn up by local committees of people in the wine trade, and approved by the Ministry of Agriculture’s Institut national des appellations d’origine.

'In some areas, details can be as specific as the height of the grass between vines'

But many French wine growing areas have further groupings – often based on the famous 1855 classification of Bordeaux wines.

This divided by quality 60 red wine crus from the Médoc area of Bordeaux and one from Pessac-Léognan into five Premiers crus, 14 Deuxièmes crus, 14 Troisième crus, 10 Quatrième crus and 18 Cinquième crus.

It is still in force today except for one still contested change in 1973 when Château Mouton Rothschild was moved from being Deuxième cru to Premier cru.

The same year saw a classification for sweet whites with 27 crus being awarded in areas now covered by the Sauternes and Barsac appellations.

Unlike the 1855, it was designed from the start to be revised every 10 years, although the two most recent revisions have both ended in court.

Burgundy wines followed with their own classifications while in Champagne all of the 300 villages producing grapes for Champagne are graded for potential, with the 17 earning 100% qualifying as Grand crus.

If things were not confusing enough, there are classifications of wines by journalists, which carry enormous weight – especially those by Robert Parker, an American journalist who has become very wealthy through his rating system out of 100, which he gives to wines each year.

His ratings, which many say favour fruity young wines, have been accused of inciting winemakers to skirt with AOC rules, which, through requirements such as barrel ageing, might take some of the fruit freshness from wines.

Europe too has thrown its oar into the boat with the Indication géographique protégée label created in 1992.

This was extended in 2009 to French and Italian wines, amid much gritting of teeth, arm waving, weeping and wailing.

For products other than wine, only one of the stages of growing or making needs to take place in a specified area. However, for wine, the grapes, winemaking and bottling all need to be linked.

There are now no fewer than 74 IGP wine labels in France, adding to the classification maze.

Artisan soap maker: 'After six years, it still gives me a thrill’
22 October 2021
More from Food and Drink
More from Connexion
Get news, views and information from France
Join the newsletter
Subscribe to The Connexion