Grape expectations as harvests get under way 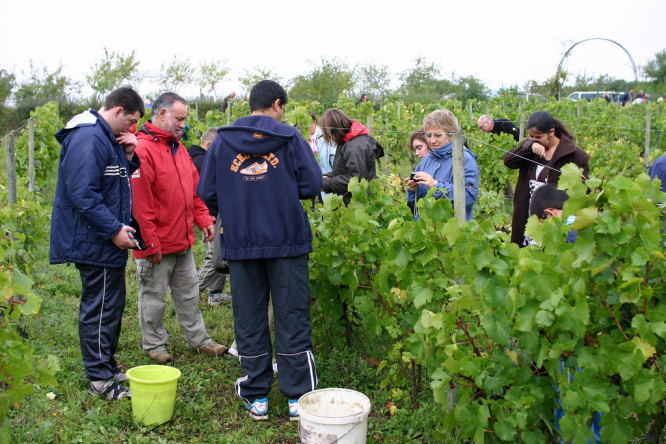 While some parts of France are likely to have early grape harvests this year, others expect to follow a normal pattern, or even be later than usual.

Growers in the historic Berry region, the former French province that was divided into the Indre et Cher departments in 1790, said their vendages were expected to take place in late August or early September – between a month and three weeks earlier than normal.

They said the heatwave in early August, which followed extensive spring rains, meant the grapes were already starting to colour in the first week of August.

In Cognac, experts were more reserved.

“The work on judging the state of maturity of the grapes has only just begun,” said Laura Crotet, who works at the research station run by the Bureau National Interprofessionnel du Cognac.

“We will only be able to give harvest dates and previsions once this has been done.”

In the Bordeaux region, a spokeswoman for the Organisme de Gestion d’AOC for Saint Estèphe in the Medoc said the harvest for merlot grapes would start on September 10.
Growers decide for themselves when he or she will harvest after the start date.

“It is more or less a usual time for the harvest,” she said. “It was hot in the heatwave, but here we are used to having hot spells most years.

“We are almost always all in full harvest by the second week of September.”

She said growers were optimistic about quality, but would not know for sure until the harvest date.

The cabernet grapes, which with merlot are assembled to give St Estèphe its characteristic wine are usually harvested three weeks after the merlot, and it is unlikely to be different this year.

Over in Burgundy, the harvest is likely to start two weeks early, at the end of August or early September. “It is a bit to do with the good weather and the heat, but more because this year we had an exceptionally early flowering here,” said Cécile Mathiaud, of the Bureau Interprofessionnel des Vins de Borgogne.

As for quality, early indications showed a good concentration of flavours she said, but it was too early to say. “We say here that it is the month of August which makes the wine,” she said.

“We are hoping for some rain to boost the quantity, and if the good weather holds we are very optimistic about quality, too.”