Go the whole hog and buy meat directly from the farm 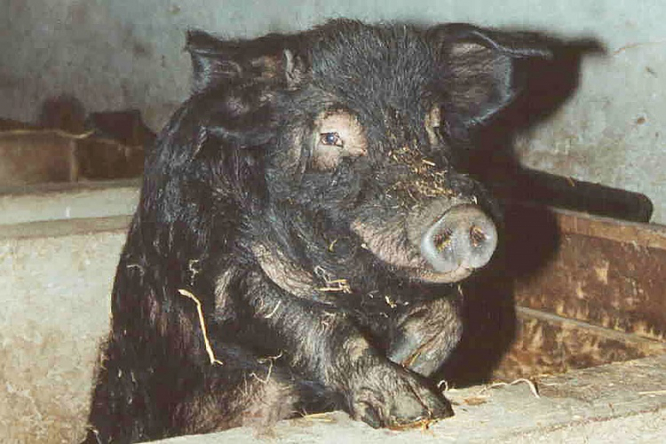 With supermarkets everywhere and price wars raging, it seems cheap and convenient to buy everything in one place – but meat can be an expensive part of the weekly shop.

Supermarket offers are tempting but as more of us want to know the origin of our food, buying a whole pig or lamb direct from a farm is an interesting prospect – and cheaper, too.

Across France a simple internet search will find a local farmer who has set up to deliver farm-produced meat, often organic, and often also with the Label Rouge quality mark.

From Le Cochon des Coudriers in Picardy to La Ferme du Vilguenais in Maine-et-Loire and Colis du Boucher in the Bourbonnais in northern Auvergne, there are farmers aiming to restore the old link between the farm and the people and its neighbours.

One happy customer, Sonja Marks-Terrey, who lives in the Tarn, bought a whole lamb from La Ferme du Haut Languedoc in Anglès, Tarn.

She bought direct to know the origin of the meat, but said the price had to be right, too. “It’s a lot to spend in one go – the lamb was around €13 a kilo and weighed 9kg, so more than €100 – but it is cheaper than buying cuts from the supermarket. I found the price worked out really well, especially as they butchered it to suit me.

“I specifically asked for neck meat to make stew and diced lamb for curry. I also received two shoulders, two legs, enough chops to make five meals for four people, and they threw in some merguez and steak haché as well.

“The lamb was lovely and I would definitely recommend buying direct.”

La Ferme du Haut Languedoc also sells Gascon Noir pigs, which are butchered, vacuum-packed and delivered to the customer. Vacuum-packed meat can be kept for 10 days in the fridge and six months in the freezer.

Even the ears and tail are available and the farm’s Laure Billet said: “You really can eat everything from a pig – from the head to the feet.

The meat from the Gascon Noirs is less fatty and better quality than that found on pink pigs.

“We feed mainly non-genetically modified cereals and our pigs are born outside under trees and grow slowly on a bed of straw.”

Her favourite cut? “Filet mignon as it is the most tender and tasty.”

Ms Marks-Terrey said her lamb was delicious and there was no wastage – apart from one item of offal. “We ate the liver and the heart, but there was something else – possibly lungs – that I didn’t know what it was or what to do with it, so that went in the bin.”

For anyone wondering how to cook the heart, she suggests stuffing it with sage and onion and roasting it slowly. “You have to pull out all the stringy bits first and it is important to cook it slowly, but it was very nice”

Ordering was easy and convenient as the farm delivered the meat to her house. “I would definitely do it again and recommend it to other people. Lamb is very seasonal though, so I would suggest making contact with a farm and keeping in touch.”

Another option is to ask your local butcher. Maison Raymond butchers in Castres, Tarn, sells whole or half lambs. The owner’s son, Arthur, says price is the biggest advantage but added: “You know the origin of all the cuts as they are all from the same animal. It also allows you to eat all the different parts of the lamb and thus vary the tastes and textures.”

His favourite cut is the shoulder and he enjoys it sliced and grilled “for its smoothness, tenderness, associated with a particular flavour”.

He also has some advice for the more unusual cuts, suggesting that neck be cooked slowly, and is nice in couscous or a tagine, and that the pancreas or sweetbreads can be grilled but also used to make a sauce.

Whole lambs provide 15 to 20kg of meat depending on their size, and can feed a family of four, eating meat two or three times a week, for one and a half to two months.

meat
farms
More from Food and Drink
More from Connexion