Cookie Consent by FreePrivacyPolicy.com What is the real risk from pesticides? French News and Views in English | The Connexion
14 may 2021
Classifieds Currency exchange Newsletter
Login Register BASKET
Facebook Twitter

What is the real risk from pesticides? 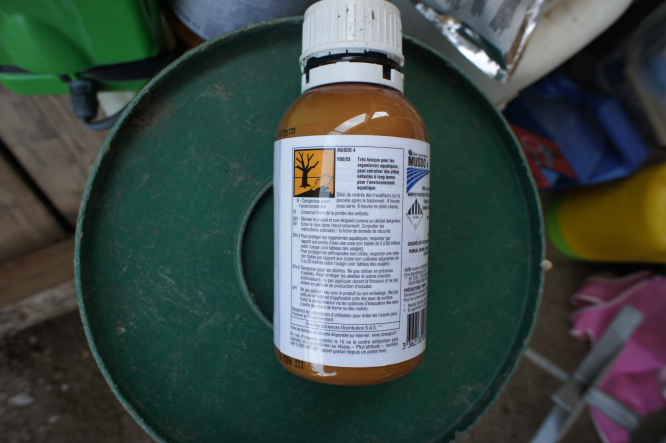 Recently, France 2 showed an investigative documentary film on pesticide usage in France and its risk to children. It presented a frightening message and managed to get 600 people on an anti-pesticide march through Bordeaux a few days later.

The programme revealed which departments were using the most dangerous or potentially dangerous pesticides. Those departments included the wine regions of Bordeaux, Muscadet and Champagne. So the wine media has been sharing the story, sometimes distorting it to make it sound more shocking. For example I have seen those departments called “polluted areas” and the words “potentially dangerous” changed to “particularly dangerous”. Some organic producers have been using the broadcast to promote their wines, even though both conventional and organic farmers spray pesticides.

I watched the whole film twice. As a scientifically educated vigneron I found it alarmist and fear-mongering. It misrepresented and twisted figures from research papers, edited interviews and quoted statistics to suggest links that may or may not exist. So I would like to present a more balanced view of the risk of vineyard pesticides.

One example of misrepresentation was that the film reported the number of pesticides found in samples of children’s hair but never mentioned the levels of each pesticide. The most important thing about toxicity is that the dose makes the poison. Detecting molecular amounts of potentially dangerous chemicals means nothing. Our bodies contain thousands of harmful chemicals, but not in the quantities that affect us.

The second figure-twisting was the presenter’s statement that 97% of European food contains pesticide residues and the other 3% was organic. This is based on a European Food Safety Agency report which actually stated that 97% of food contained pesticides below the safe level. The 3% was the percentage which had residues over the safe limits. In fact 55% of the “safe” food contained less than a measurable level.

The film claimed a link between the high level of pesticide use in Gironde and a 20% higher incidence of child leukaemia and a 1% increase in attention deficit disorder in the department. That may certainly be a good reason to carry out more scientific research but it certainly is not definitive evidence that pesticides cause leukaemia or ADHD any more than claiming that drinking four litres of wine a day will make you live to be 107, another story in the media recently.

So how dangerous are the pesticide sprays to people living near vineyards? The film reported an incident from 2014 where a Bordeaux vigneron sprayed pesticides close to a school and the children became nauseous, got stinging eyes and headaches, to show the risk. Those are classic symptoms of exposure to sulphur, a fungicide used in both organic and non-organic viticulture. The fault clearly lies with the vigneron spraying in a wind close to a school, no matter what the product.

What about to the wine drinker? There has never been a case of anyone becoming ill from pesticide residues in wine. Nor can they be tasted in wine. The equipment used to detect the chemicals is far more sensitive than the human nose or tongue.

However, the film had one really important point and that was that if the agro-chemical companies released products in the past claiming they were safe and those have now been removed or banned, why should we believe that their current products are safe for use? This is where independent or government  scientific research is required to make sure we are not being put at risk for commercial reasons.

Pesticides are very, very useful in agriculture. They mean that crop losses to insects and diseases are minimised, keeping prices and waste down. They also ensure that the food we eat does not contain harmful bacteria or fungi.

TV programmes like this frighten the public into believing that crop protection by chemical means is inherently wrong. Of course the chemicals used in pesticides, synthetic or organic, are potentially dangerous if they are not handled properly or sprayed in the correct doses. Synthetic pesticides are not necessarily more dangerous than naturally available ones. The same applies to many other industrial and household products.

The French government and the EU have been working hard to reduce unnecessary pesticide usage and their risk by educating agricultural workers about what and when to spray and how to handle the products safely, making sure spray equipment is efficient and well-maintained and removing the most dangerous products from the market. Many of the small-time vignerons in France had a very low level of education in crop protection. They mixed all sorts of products together, sprayed the wrong thing at the wrong time and were careless when handling the products and the equipment. But that is changing fast with the Certiphyto program with requires all vignerons to attend a course and have their sprayers serviced regularly and the growth of Agriculture Raisonnée, which encourages farmers to reduce pesticide use in line with the true needs and to include physical and biological methods to reduce the need for chemical protection.

Rather than seeking to ban all pesticides, we should be focusing on their abuse. Whether that is launching products with insufficient or dishonest testing, using banned products from old stocks or bought in Spain, applying pesticides when they are not really needed, spraying without regard for their neighbours or being careless handling the neat product.

Maybe the best solution for pesticide-free viticulture is the development of genetically modified vines that are naturally resistant to disease, but GM is another new scientific technique that lobbyists and alarmists spread fear about.