You can enjoy French wine without the after-effects... 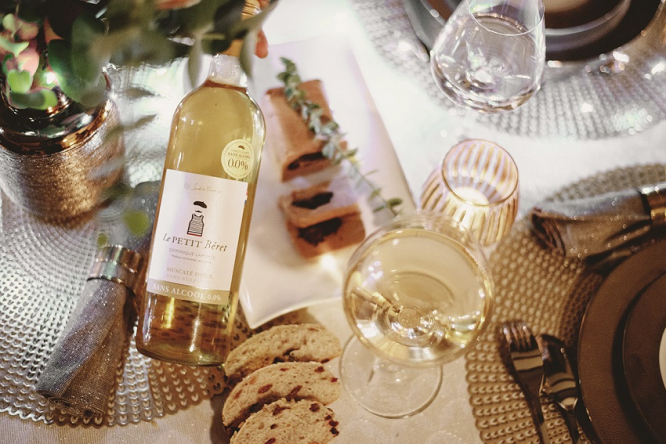 As a result, the 0% alcohol choices are ever-increasing. Labels state Alcohol By Volume (ABV) to help consumers make informed choices, and in the EU the ABV only has to be marked on drinks containing more than 1.2% alcohol.

EU regulations mean that anything called ‘wine’ must contain at least 8.5% or 9% alcohol (depending on the grapes used) and that once the alcohol content has been reduced by more than 2%, it can no longer be sold as ‘wine’, it has to be sold as a ‘wine-based drink’.

Legally, there’s no such thing as ‘vin sans alcool’, these drinks are called ‘boisson à base de vin’, ‘boisson issue de raisin’ or ‘boisson sans alcool’. They contain around three times fewer calories than regular wine and are subject to fewer taxes, so should be cheaper; but, of course, there is market placement to consider and the economics of scale apply.

In reality, these drinks are not produced and sold in the same quantities as regular wine, so very often are not cheaper at all.

SVF (Société des Vins de France), part of the CASTEL group, has launched a range of alcohol-free drinks called ‘Grain d’Envie’. The red is 100% merlot and the rosé is 100% syrah. Both are made from wines which have had the alcohol completely removed.

They are not alone in seeing a market opportunity. Le Petit Béret, based in Béziers (Hérault) has a full range of non-alcoholic drinks, and their spokeswoman Sophie Simon says they are truly non-alcoholic as they never contained alcohol in the first place.

“We have a vigneron near Carcassonne who grows our grapes and they are processed in our own plant, which is in the same area. The process is the same as making wine, but with no fermentation, so it is naturally alcohol-free.”

She said the company’s founders, Fathi Benni, his brother Rachid and his wife Sabrina were inspired to develop the brand because due to religious reasons none of them drink. “But of course, no-one wants to drink sugary sodas or fruit juice all the time.”

They began researching how to make a non-alcoholic wine back in 2012 and with the support of well-known wine expert Dominique Laporte, launched the business in 2016. “We’re negotiating a distribution deal with InterMarché, and also planning to increase our exports.” In the meantime, the easiest way to taste Le Petit Béret is to order from their website.

Another successful venture is Pierre-Zéro, from Domaines Pierre Chavin. It was developed when Mathilde Boulachin, one of the co-founders, started a family. As the result of two pregnancies and the associated periods of breastfeeding, which amounted to four years of being completely teetotal, she was incredibly motivated to develop an alcohol-free wine which tasted like wine.

The Pierre-Zéro process involves actually making the wine and then completely removing the alcohol. The grapes are harvested at night, to preserve their freshness, and then half the juice is fermented, to develop the polyphenols, tannins, resveratrol, vitamins, minerals, and antioxidants which give wine much of its flavour.

They then use a ‘spinning cone column’ technique to remove all of the alcohol, making the resulting drink completely 0% ABV. The range includes two reds, two whites, a rosé, and two sparkling wines, one white and one rosé.

Their wines are now being successfully exported to Sweden, China and the US, and can also be bought from larger supermarkets, and from the website.