France food basket: what to eat in July 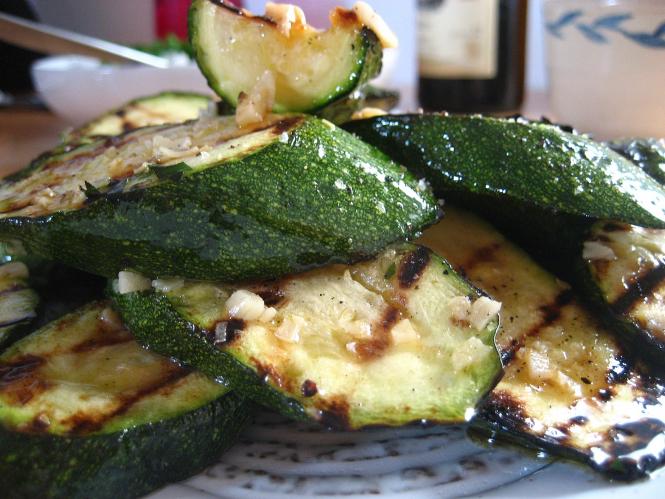 It is time to eat maroilles cheese, courgettes and apricots, according to the French government.

Every month, the Ministère de l’Agriculture et de l’Alimentation publishes a list of which foods are in season, including cheese and fish.

In July, it is recommended to eat courgette. This vegetable is fragile and cannot be kept more than three days in the fridge. If you want to keep it longer, however, you can slice it and blanch it in boiling water for two minutes, then allow to cool and freeze for later.

It is also a good time to eat peppers. Around 32,000 tons of peppers are produced in France every year, mostly in Nouvelle-Aquitaine and Provence-Alpes Côte-d'Azur.

July is the month for garlic. There are different varieties: white (ail blanc) and pink (ail rose).

L'Ail Blanc de la Drôme et l'Ail Rose de Lautrec both have the IGP logo (Indication Géographique Protégée), as they have to be produced in specific areas.

For cheese, it is the best time to eat maroilles, made from cow’s milk and produced in the North of France. Then laguiole cheese from Aubrac, also made with cow’s milk.

For a change, you can have the Corsican cheese fiumorbu or fiumorbo, made from goat’s milk. It is often eaten on toast with fig jam.

Plums, apricots and melon are fruits to eat this month. Melon can be eaten as a starter, in salad or as a dessert. Apricots are in season until the end of August, and plums until October.