May food basket: what is recommended this month 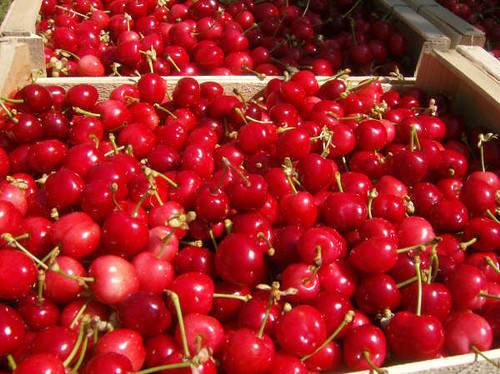 Every month since 2013 the Ministère de l’Agriculture et de l’Alimentation publishes a list of which foods are in season, including cheese and fish, in a bid to encourage consumers to eat better, with local produce, and thus avoid waste.

In May it recommends eating broccoli, aubergines and fava beans (fèves) which are a good source of protein.

For dessert, it advises strawberries, saying it is better to not remove the stalk when washing them as it takes away the vitamins.

It is also time to eat the first cherries of the season (Burlats), produced in Auvergne-Rhône-Alpes and Provence-Alpes-Côte-d'Azur and available around the middle of the month. They can also be used to make cakes and jam.

Passionfruit, well-known for its antioxidants, is also recommended and can be eaten raw.

It is also the beginning of the season for sardines and striped red mullet (rouget-barbet) which has to be eaten in the 24 hours after it was bought. It is a good fish for a barbecue.

It is also the season for dog cockles (amandes de mer) which are often eaten raw in a salad.

As to cheese, Beaufort AOP, a cow’s milk cheese from Savoie, is recommended.

You can check the full list at this link.