Cassoulet was invented to fend off the English 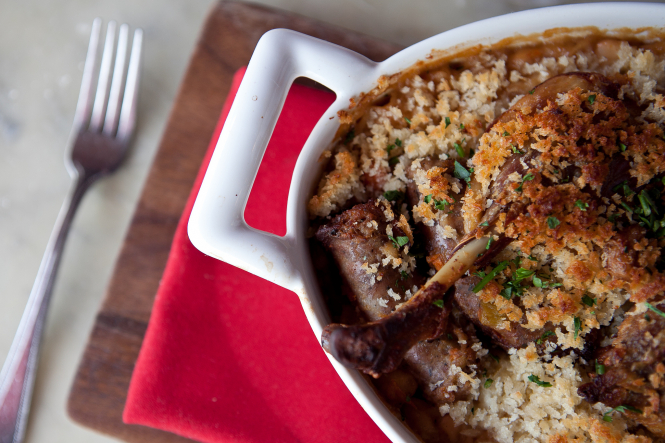 Legend has it that cassoulet, the classic dish of South-West France, was invented to fortify soldiers fighting off English invaders.

Cassoulet is a hearty peasant dish of white beans, mixed with different types of meat according to the region where it is made.

According to popular legend, the first cassoulet was made in Castelnaudary, in Occitanie, which was under siege from the English during the Hundred Years’ War (1337-1453). The story goes that the townspeople gathered up all the ingredients they could find and made a large stew to fortify their defenders, who won the battle and saved the city from occupation.

“There is a legend for every traditional dish in France,” said Jean-Claude Rodriguez, 70, founder of the Académie Universelle du Cassoulet.

“I cannot tell you for sure, but I do think cassoulet was born around Castelnaudary.”

However, added Mr Rodriguez, who owns a restaurant in Carcassonne: “There are no written records. What is sure is that the dish evolved, like all traditional French cooking, from the ingredients that were available locally. The original, medieval dish was beans with a bit of pork or poultry fat.”

Cassoulet became more sophisticated, Mr Rodriguez said, when local farm girls went to work for the bourgeois classes in the 1850s, and other ingredients were added.
Castelnaudary cassoulet is prepared with duck confit, pork shoulder and sausage, but in other areas the ingredients vary. For example, in Carcassonne, it will typically be made with mutton, while the Toulouse version contains duck confit and Toulouse sausage, and is topped with breadcrumbs.

The type of bean used also varies: in southern areas, cassoulet is made with the Tarbais bean, grown at the foot of the Pyrénées. Further north, flageolet beans are the standard ingredient.

The dish is so well-loved in France that along with the Académie, there is also a Grande Confrérie du Cassoulet (The Grand Brotherhood of Cassoulet) who perform promotional and ceremonial duties.

Mr Rodriguez founded the Académie to protect the tradition of cooking fresh cassoulet, rather than the pre-prepared version found in supermarkets. He loves the dish so much, he even wrote it a theme song.

The Académie has ambassadors in Belgium, Canada, the UK and even as far afield as Japan.