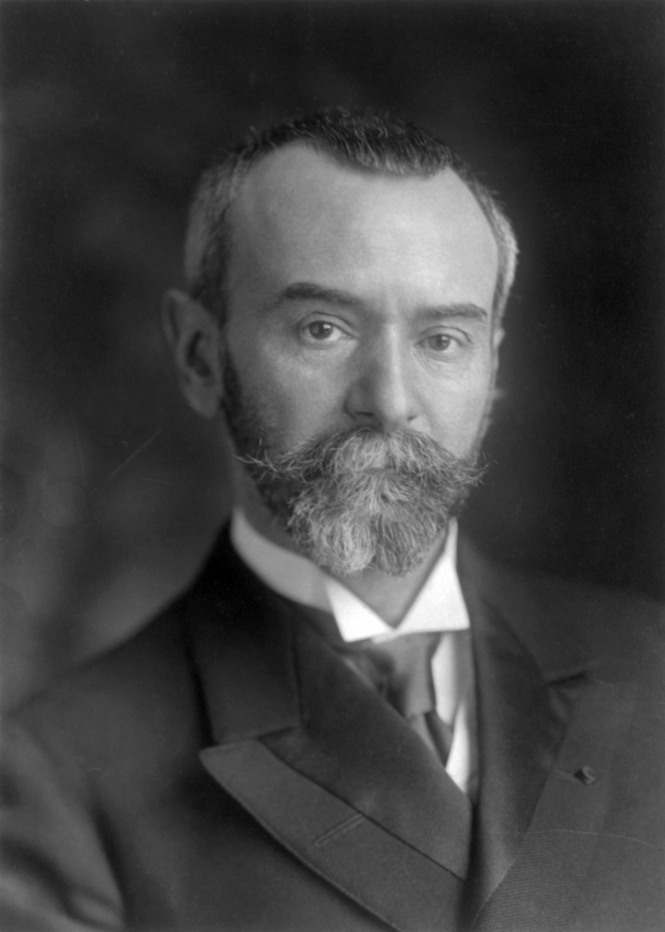 Early French-American relations were helped by the ability of a French man to walk exceptionally fast.

It is said that Jean Jules Jusserand (1855-1932) was the only man who could keep pace with President Theodore Roosevelt. Mr Jusserand was the French Ambassador between 1902 and 1925 and became a close friend of the President when they found they both enjoyed hiking and they would often walk in Washington DC's Rock Creek Park, where you can still see the granite bench which was put there in 1936 as a tribute to the French Ambassador. It was the first memorial on Federal property dedicated to a foreign diplomat.

In his memoir “What me Befell,” Jusserand describes their outings: “President Roosevelt gave me that unique proof of trust and friendship; he asked me to a 'walk'… What the President called a walk was a run, no breathing time, no slacking of speed, but a continuous race, careless of mud, thorns and the rest.”

It has also been reported that they both enjoyed skinny-dipping in Rock Creek.

Jusserand quickly earned the confidence of President Theodore Roosevelt and became a member of his unofficial 'tennis cabinet' of informal advisers and confidantes. He served as French Ambassador to the United States under five presidents (Roosevelt, William H Taft, Woodrow Wilson, Warren Harding, and Calvin Coolidge) and throughout the First World War - and was involved with the Treaty of Versailles that formally ended the state of war between Germany and the Allied Powers.

His efforts to promote friendship between America and France led him to create the American Society of the Legion of Honour that recognises Americans who make significant contributions to France.

Another Roosevelt was President when a bench was inaugurated in Rock Creek Park in honour of Jusserand.

At the memorial dedication service in 1936, Franklin D Roosevelt said of the former ambassador: “Almost we can say – that he was a great American as well as a great Frenchman.

“We shall link Mr Jusserand’s name forever with the names of Lafayette and Rochambeau and De Grasse and the other valiant Frenchmen whose services in this country entitle them for all time to the grateful remembrance of all Americans.”

The memorial bench is an art-deco style semi-circular bench made out of pink granite with an inscription that outlines Jusserand’s contribution to America. In 2012, the National Park Service restored the bench so it can still be seen on and sat on by visitors to the park.

Did You Know
More from French Facts
More from Connexion