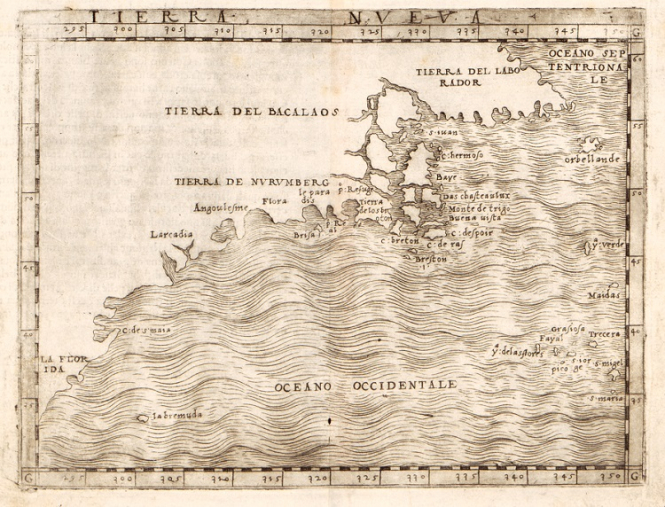 New York was first called Angoulême after the town of the same name in Charente. On January 17, 1524, the Italian explorer, Giovanni da Verrazzano, became the first European to enter what is now New York Harbour with his ship, La Dauphine.

His voyage was sponsored by King Francis I of France, who was hoping Verrazzano would find a sea route to the Far East.

According to the New York Map Society, Verrazano described the harbour, in his report to the King, as “a very agreeable situation located within two small prominent hills in the midst of which flowed to the sea a very big river, which was deep within the mouth: and from sea to the hills of that (place) with the rising of the tides, which we found eight feet, any laden ship might have passed.”

Francis 1 (1494-1547) was the Count of Angoulême before he became King, and Verrazzano chose the town’s name in honour of his King: “From the principality which thou attainedst in lesser fortune…”

The first map the name appeared on was drawn up by another Italian, Giacomo Gastaldi who was given the information by Giovanni da Verrazzano’s brother, Girolamo who was on the voyage and who drew up a detailed account of the trip.

The map was published in Venice in 1548. It shows the north east coast of North America from the present day Carolinas to Labrador.

The distinctive natural harbour which is now New York is clearly labelled Angoulesme. The map was reprinted in 1565 and 1606 with no change to the name.

In 1609, the English explorer, Henry Hudson joined the Dutch East India Company to set off on yet another expedition to find the elusive passage to Asia. At “Angoulesme” he set off up the river to see if it would lead to Asia and after 240 kms he concluded there was no route back to the Pacific and turned back.

The Hudson River was later named after him. He reported back to the Dutch who started a new colony at the mouth of the river in 1625 and which they named New Amsterdam.

Up to then, the area had carried the name of the French town for nearly a hundred years.

In 1664, the English took over the colony and named their settlement New York after after the Duke of York.

In the present day Angoulême in France there is Place New York, named by the town council in 1956 in memory of Verrazzano’s discovery.

A recent France 3 documentary was made to tell the little known story “Et si New York s’appelait Angoulême.” (And what if New York was called Angoulême).