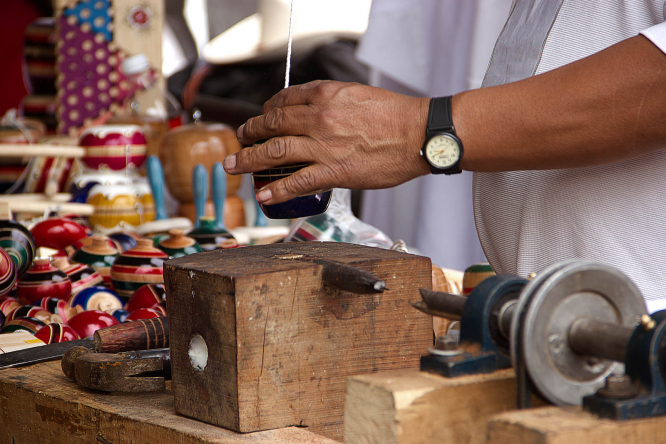 Energy firm Enedis has mobilised 85 technicians in Dordogne in order to renovate 30kms of electricity power lines. They will be replacing cables and installing bird protection equipment.

Some 160 pylons will be worked on in seven municipalities in the Neuvic area, with generators temporarily replacing the main power sources for the duration of the project. The affected communes are Neuvic, Saint-Léon-sur-l’Isle, Vallereuil, Saint-Jean-d’Estissac, Saint-Séverind’Estissac, Saint-Hilaire-d’Estissac and Villamblard, which in total represents around 1,100 Enedis customers.

Worn and weakened cables are being replaced with thicker conductors designed to withstand the elements – especially high winds – for the next 25 years. “These are new generation conductors that have a much greater mechanical resistance,” said Christian Paradis, project manager for the high voltage networks.

Bird protection materials are being fixed atop around 40 pylons to prevent birds such as Great Horned Owls from getting electrocuted when they take off – their weight can cause wires to touch each other. The work is not, however, merely an animal protection operation – the firm says that birds are the cause of many power outages.

Working with The League for the Protection of Birds (LPO), Enedis identified key sections to work on, with phase spacers installed, and rubber placed around the cables at the top of the poles.

A second life for toys

Toy recycling association Rejoué takes a twin-pronged approach to giving jouets a second lease of life: as well as the ecological benefits, they also encourage solidarity, by creating work for those down on their luck. So far, it has helped some 40 people who have lost their jobs.

“My idea is to extend the life of toys by renovating them, while allowing the creation of jobs for women and men in precarious situations,” said Claire Tournefier, founder of Rejoué.

The association receives 50,000 tonnes of donations each year. They are then cleaned by hand with a “magic formula”, sorted, repaired, and even completed when parts are missing.

For details of where to buy or donate (there are two shops in Paris plus a small network nationwide), visit Rejoué (French only).

Faced with a decrease in paper waste as fewer people buy and read newspapers, a huge recycling centre in the Vosges department (Grand Est) – which currently recycles 450,000tonnes of discarded paper each year – has taken a radical turn by embracing a growth industry: cardboard packing recycling.

Half of all paper recycling in France is done at the Golbey paper mill, which is the only remaining plant of its kind. The paper is reduced to pulp, then de-inked to make newsprint.

However, with the huge boom in online shopping, there is now greater demand for recycled cardboard packaging, which is why the firm is investing €250million in a big shift of direction.

Éric Piolle, the mayor of Grenoble and leader of the Europe Ecologie-Les Verts (EELV, or Europe Ecology-The Greens) political party, has announced his candidacy for next year’s presidential elections.

Speaking on Radio France on June 29, he said the main themes of his campaign would be “the economy – it’s my DNA, I worked twenty years in industry – working- class neighbourhoods and rural areas, food, housing, issues of living.

“In 2014, Grenoble was the first French city with more than 100,000 inhabitants to elect an EELV municipal government.

What can I do with used gas bottles in France?

Aerovillages project in France: Housing estate with planes in garage
20 January 2022
More from French Life
More from Connexion
Get news, views and information from France
Join the newsletter
Subscribe to The Connexion