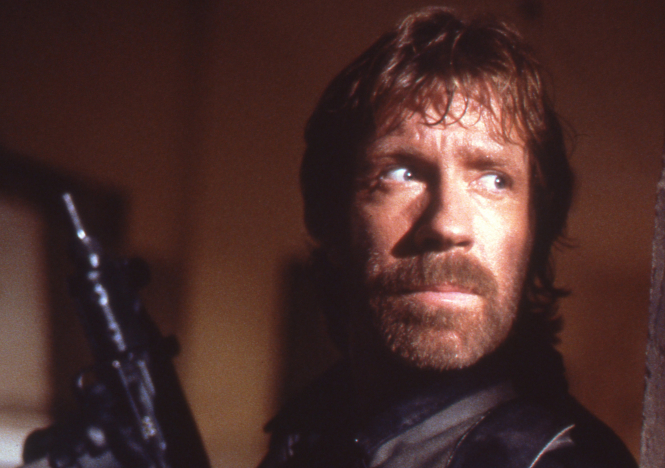 Small business owners in Corsica got the Hollywood seal of approval courtesy of a special New Year's message from action star Chuck Norris.

The actor, star of numerous action films, as well as the 90s TV series Walker, Texas Ranger, delivered the 30-second message from his home in LA, where he is a late-blooming internet star.

"I wish you a Happy New Year and, as you say at home, "Pace è salute" (peace and health)," he said. "In 2021, thank you for continuing to support local businesses! Just know that you are endorsed by Chuck Norris!

"And remember that the ranger's eyes are on you. Stay safe, I wish you all the best. Your friend, Chuck Norris," he said.

The message was the brainchild of Daniel Benedittini, president of the association des commerçants bastiais, who paid €328 via the Cameo website for the short personalised film to businesses in the city.

He said that Norris was the 'only person able to overcome everything' traders in Bastia have faced in 2020.

“We went through the list of personalities looking for the one that could please Bastia. And Chuck Norris won. It was the funniest choice, everyone knows it… And then it wasn't the most expensive!" he told France 3.

“We wanted to show that we are more active than ever and, in this season of vows, it seemed like a fun way to do it. And I think €328 was a good investment, given the buzz it created.”

Norris is one of many stars offering personalised messages via the website. But, as Mr Benedittini said, he is far from the most expensive. A similar 30-second short from Caitlyn Jenner, for example, costs more than €2,000.