Cookie Consent by FreePrivacyPolicy.com Did you have your morning 'kawa'? French News and Views in English | The Connexion
13 may 2021
Classifieds Currency exchange Newsletter
Login Register BASKET
Facebook Twitter

Did you have your morning 'kawa'? 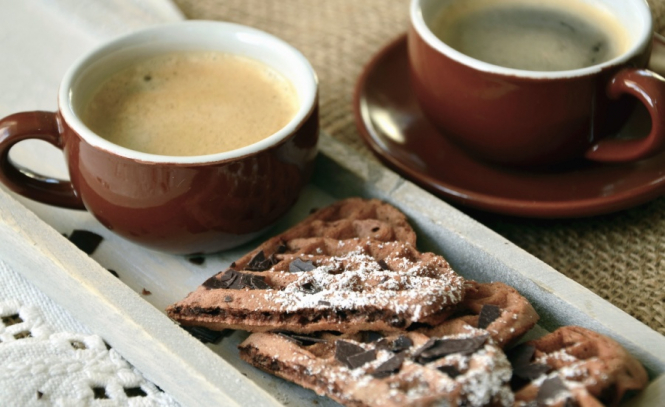 French has often picked up words from other languages – including plenty from Arabic.

These words come from France’s long history of colonisation in North Africa, especially Algeria, and immigration from these countries.

Here we have a look at 12 common Arabic words used every day in France.

One of the most popular is caoua (also written kawa). In Arabic it is written qahwa and it means coffee.

Then, toubib (which means doctor) comes from the word tbib which French soldiers learned from Algerian people during the colonisation.

When speaking about money, you can also say flouse (sometimes written flouze). It comes from fulūs in arabic, which was originally an old currency.

You may already have heard “je fais fissa!” which means I am doing something quickly. This expression was used by North-African soldiers in the 19th century and became a French expression. It comes from the arab fī l-sāa which means on time.

Maboul(e) is also a very common word which comes from mahbul in Arabic and means crazy.

Casbah or kasbah is used to say home today - (Je rentre à la casbah means je rentre à la maison) – but actually refers to the centre of a town. It was also used for old fortresses in the Arab world.

If you speak about the bad behaviour of someone, you could call him a sheitan (also written cheitan). This word originally comes from Ethiopia and refers to Satan and bad spirits but generally means devil in French.

“Juste un chouia” you might often hear. Pronounced chouya, the word was taken from the Maghreb where people use it to say ‘a little’. It is a synonym of un peu in French.

Walou is another word we took from Arabic which means nothing (rien). This word was notably used by the Berbers and Algerian people.

Kif-kif means the same. For example, if someone asks you if you prefer to go right or left and you reply “c’est kif-kif”, it means it does not matter, it is all the same. Some people might also say “c’est kif-kif bourricot” – bourricot meaning little donkey. Kif was again used by Algerian people and means like or as (comme).

You can also call a dog clebs which comes from the Arabic word kelb also meaning dog. As we are speaking about slang, a very common negative expression used by young people is meskine (masculine) or meskina (feminine). These expressions are Arabic and are exclamations used to refer to someone in a sad or poor situation who inspires pity to others – an equivalent in French would be le (or la) pauvre!

As well as these more recent borrowings there are many words borrowed into French centuries ago which you might be surprised to know come from Arabic, such as alcool (alcohol), sucre (sugar), sofa, cabas (basket, bag) or douane (customs).