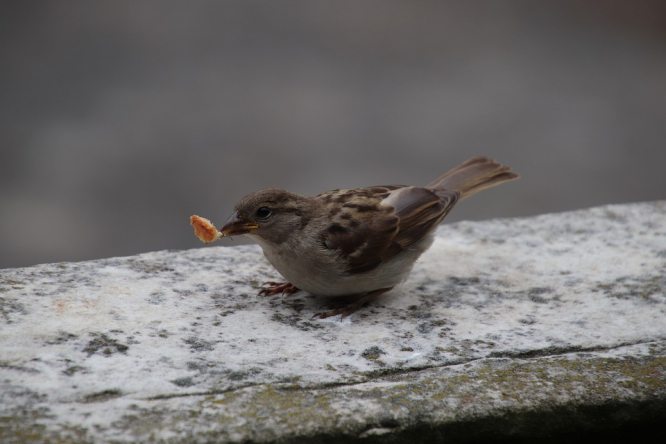 1/ Avoir un petit creux (literally to have a small hollow)

This means that a part of your stomach is empty. The expression is generally used when you crave a little something.

You can say ‘c’est un régal’ about a meal which is very good but also say ‘je me régale’ meaning you are really enjoying the meal.

This means to have eaten enough and that you are full.

This means to have a feast. It is the synonym of an old expression ‘faire ripaille’ which is not used anymore but came from the old French ‘riper’ (to scratch). It used to refer to soldiers who were eating at other people’s houses as they would not leave anything on their plate. It then evolved in the 19th century to refer to big feasts.

5/ Manger comme un ogre (to eat like an ogre)

If a meal is ‘à ravir les papilles’, it is a delight.

This means that you have eaten very well and your belly is full.

9/ Se goinfrer (to stuff yourself with food)

This means to eat avidly.

10/ Manger comme un moineau (to eat like a sparrow)

As birds don’t eat a lot, this means to have a small appetite.

11/ Manger sur le pouce (literally to eat on the thumb)

You eat on the thumb when you eat something very quickly, like a sandwich.

This expression is used to speak about a simple, informal meal.

You can say that someone is a cordon bleu when he/she cooks very well. Cordon Bleu used to be the highest distinction in France before being replaced by the Légion d’honneur. This expression was thus a shortcut to speak about the most gifted person in a field.

14/ Qui dort dine (The one who sleeps has dinner)

This means that if you sleep, you will not be hungry. Sleeping makes you forget about the food. There are several theories about the origin of this expression and some say it dates back to Middle Age when travellers sleeping at an inn had to eat there.

The French way to say yummy.