France’s ‘inclusive writing’: Have you spotted examples like ami.e.s? 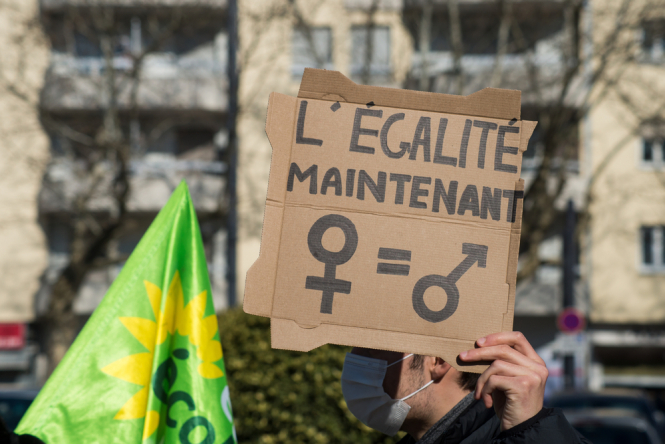 A reader has written to point out the use of ‘inclusive writing’ by his electricity supplier – a current language trend that is dividing opinion in France.

The reader from the Dordogne told us our interview with British Académie française member Sir Michael Edwards in June’s edition had demystified for him an email that came from his new electricity supplier, Bulb.

“Thanks to our new Linky meter we have switched to Bulb, and thanks to Connexion I am not totally baffled by ami.e.s in this email from them.”

It may, for example, combine masculine and feminine forms in the endings of verb agreements or adjectives, such as mes ami.e.s which combines feminine amies and masculine amis, whereas standard French adopts a rule that the masculine is used to refer to mixed groups.

Recently Education Minister Michel Blanquer sent out a circular demanding that ecriture inclusive should not be used in schools as he said it would make French too hard to learn.

Sir Michael agreed, telling The Connexion that the writing, which often involves inserting extra dots or dashes, “looks like eczema on the page” and “disfigures” the beauty of French.

Fellow academy member Marc Lambron this week called it “an internal attack on the language” in an interview with Radio Classique.

However it turns out that the mairie of Périgueux in our reader’s home department is a fan of the writing style, along with Bulb, which is in fact a British-based firm, but which operates in France.

Following the election of a new Parti Socialiste mayor, Delphine Labails, last year the internal regulations of the Périgueux municipal council were rewritten in écriture inclusive, to the irritation of the right-wing Opposition.

A former councillor of the same political slant as the mayor then took the council to court arguing the new regulations were invalid because they were not written in proper French.

The Bordeaux administrative court has said the claim is unfounded.

The mairie welcomed the decision, saying inclusive language is an “evolution of the French language which better allows for equality between men and women in our society to be taken into account”.

It added that it is not all about adding dots, but includes for example use of a centuries-old ‘rule of proximity’, making agreement with the noun that is closest to the adjective or verb, such as les hommes et les femmes sont belles.

Should French language be made less masculine?

'Identifying those at risk of cancer before they fall ill is key aim'
28 July 2021
More from Language
More from Connexion
Get news, views and information from France
Join the newsletter
Subscribe to The Connexion