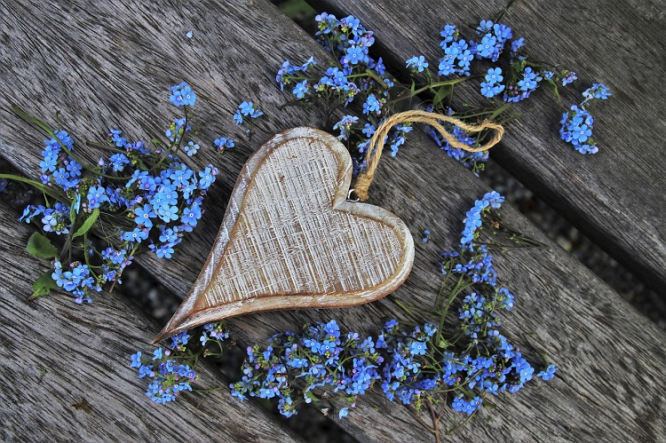 A 2013 study revealed that many of France’s fleuristes (florists) do a week’s worth of business on the day before Valentine’s Day – and that 80% of the flowers sold are, naturellement, red roses.

However, it is important to note that the giving of a dozen roses rouges in France traditionally signifies a marriage proposal!

There are many delightful ways to declare your love in French – beautifully crafted lines from the likes of Victor Hugo and Alphonse de Lamartine can certainly inspire your Valentine’s message – but flowers also regularly crop up in other French phrases linked to affairs of the heart.

For example, “Etre en fleur bleue” means to be sentimental, or more specifically in an English sense, gooey or mushy, to the point of naivety or allowing oneself to be overwhelmed by the romantic possibility of affairs of the heart.

If someone says: “Il est très fleur bleue”, what they mean is that a man is too romantic for his own good.

The female equivalent would be someone who firmly believes in the existence of Prince Charming!

It was a German Romantic, Baron Georg Philipp Friedrich Von Hardenberg – known as Novalis, he died aged just 29 – who first invoked the link between pale blue flowers and an unspoken, idealised form of tenderness in 1811.

For the troubadour character in his novel Henri d’Ofterdingen: A Romance, the finding and picking of such a flower seems always out of reach, a wondrous illusion.

A blue flower with a precise connotation is the bleuet (cornflower), a symbol of remembrance in France similar to the poppy in the UK.

Like the poppy, it was one of the rare flowers that continued to flourish on the annihilated landscapes of First World War battlefields.