Why do we say ‘pardon my French’? 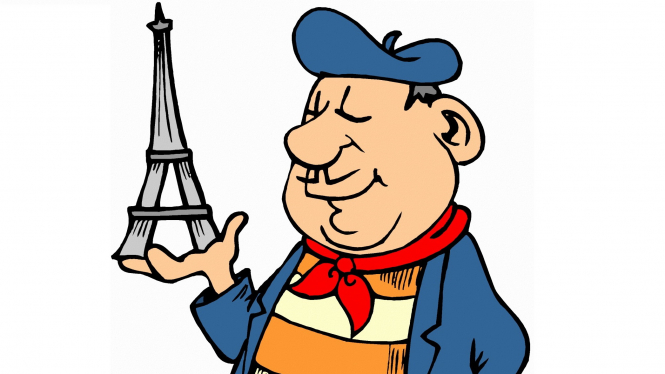 One common explanation for this phrase is simply that the centuries-old rivalry between French and English led to several expressions where the other nationality was attached to something ‘embarrassing’, such as ‘French pox’ for syphilis, or ‘French letter’ for condom (called capote anglaise in French).

However looking at some early examples suggests the derivation is a bit more subtle than that, what is more it has been as much used over the Pond as in the UK.

It seems to have first been used in literal apologies for using a French word in conversation, which perhaps ones listener might not have been familiar with, such as this, from British publication The Lady’s Magazine in 1830: “Bless me, how fat you are grown! Absolutely as round as a ball. You will soon be as enbon-point (excuse my French) as your poor dear father, the major.” Embonpoint means ‘chubbiness’.

In another early example, from Randolph, a Novel (1823) by American writer John Neal, a woman says: “I do not believe that I am yet, ‘une fille perdue’. Pardon my French.” The expression means a ‘fallen woman’ or literally a prostitute (in the context, she is justifying herself for having read some mildly racy French literature).

And again, in 1865, in Two Lives: or, To seem and to be (1846) by American Maria Jane McIntosh, a French marquis says to an American woman: “American ladies are charming, mais un peu prudes [but a bit prudish]. Pardon my French, I could not be so bold to say it in English.”

On this evidence then, it seems breaking into French was sometimes an attempt to avoid saying something that might have sounded too direct and offensive in English, but the speaker would then apologise for using it.

The modern version where the expression apologised for is not actually French is already found in A Waterlogged Town, an 1895 story by American Francis Hopkinson Smith in which a traveller is asked if he likes the palaces of Venice and he replies: “Palaces be durned! Excuse my French. Palaces! A lot of cave-in old rookeries…”

More recent examples, often excusing rather more ‘colourful’ language, are numerous, from Raging Bull (1980) to Ferris Bueller’s Day Off (1986) or a 1999 broadcast of Saturday Night Live.

The least plausible explanation we found while researching the phrase came from urbandictionary.com where one user claims it derives from the French word for ‘seal’…