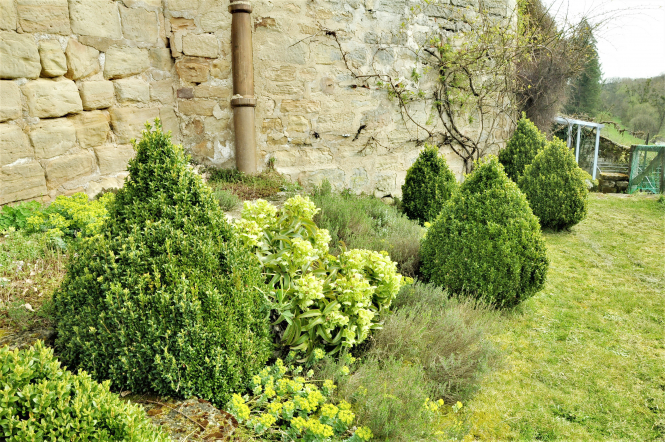 August is my least favourite month in the garden. Every other month carries the hope of something better – even November, because we can be busy planting trees.

But in August it is over, the end of the gardening year. Many gardeners call September the first month of a new season, since we can safely begin planting bulbs and herbaceous perennials in the knowledge that the damper months of autumn will look after them when they go into the ground. Looked at this way, the dog days of August become an inspiring time for preparation!

For me, the most important bulbs to order are the tulips, because so many of the more special kinds will go out of stock quickly. But I have to continually refocus on the thought that tulips do not start rooting until November, whereas narcissus and crocus start to put new roots down right at the end of summer.

If you leave too long before ordering something delightful like Narcissus ‘Jenny’ (a dainty white Cyclamineus daffodil, and possibly my favourite), or sweet little white ‘Thalia’ (in the Triandrus group) you will find it is too late – all the bulbs have been sold.

About four years ago a friend of mine refused to believe that all of the plants I put in the ground (in newly dug beds, previously grass) were being eaten by voles. Damage caused by Arvicola amphibius (European water vole) rises to epidemic proportions some years in France. Fruit growers are all too familiar with its ravages, since the voles love the roots of young trees and shrubs and can kill them within days.

When my friend began to create new borders himself, he realised I was not playing the victim. Unfortunately I had to lend him the low green trap and the poison to control the pest. There is no other way to do it (I have two very alert hunting cats), unless you plant everything in a wire basket.

Now I have been confronted by the results of my own disbelief and denial. I discovered in late April this year that I have, indeed, got the Box Tree Caterpillar (Cydalima perspectalis) – this in a garden structured entirely with box.

I will find a replacement, if necessary. Lonicera nitida is promising, but will need clipping far more often than the box. Unfortunately the Ilex crenata (very sweet, perfect) recommended by many is probably a no-go here, because (although I have planted and loved them), hollies are not fond of the very heavy soil here. Until recently my favourite box replacement was Euonymus japonicus ‘Microphyllus’. But – can you believe it! – Euonymus appears to be the only other food plant eaten by the wretched caterpillar as it leaves a swathe of destruction down through France.

So my money is on the Lonicera but another contender is yew – when I was plagued by Box Blight a few years back I started a yew hedge to test its replacement potential. It is doing well, and very attractive, but I find it doubtful that it could be clipped as low as the height of traditional box parterre.

I have not given up yet. I clipped every single box in the garden, removing all the April growth that the caterpillars were feeding on. That material was burned. Then I applied a spray of XenTari. The results seem quite good and, in spite of the fact that the caterpillars are said to have no predators because of the toxins in their bodies that make them ill-tasting, I have noticed flocks of sparrows descending on my hedges since clipping. XenTari poses no threat to other life forms apart from those caterpillars.

Probably the addition of pheromone traps (BUXatrap, from Bayer, for example) would help me to see if any remaining caterpillars had managed to create cocoons and metamorphise into moths. The pheromone traps will attract and capture the male moths at precisely the time when the new generation of eggs is being laid by females.

This month, the second worst month in the year for the damage (after April/May), I will see if my steps have yielded results. Fingers crossed – otherwise we are facing a ‘box-less’ France.

Make sure you get out there from late July and check for those little black-striped green caterpillars, with the black heads. They could be munching away right now – but it’s not too late if you take action quickly.

Do send me your stories and ideas about battling the Box Tree Caterpillar. I refuse to believe that all is lost – although my arms want the clipping to be over! You can send me an email at: editorial@connexionfrance.com