Jardins Ouverts - lovely gardens to visit in May 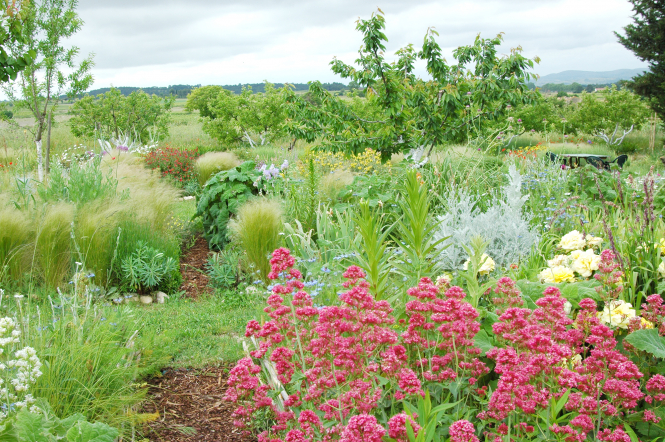 The Connexion is proud to be a partner of the Jardins Ouverts (Open Gardens) scheme, which encourages garden owners of all nationalities to open up their gardens, big and small, to the public, to raise funds for charity.

This is the association’s fifth season and it expects to have 200 gardens signed up for 2017 in 35 departments across France.

Last year, Open Gardens raised a record €23,000 with €12,000 going to A Chacun son Everest, which runs courses in the Alps to help children and women who are in remission from cancer but need help restoring their confidence after treatment. Another €4,000 was split between seven other charities.

Participating gardens are open for a few chosen days during the year and every month we present a selection.

See if there is one open near you in May...

Owner: Catriona McLean
Catriona McLean was a passionate gardener in Scotland, where she was involved in the UK Open Gardens scheme, but had to learn all over again when she moved to a different climate in the Hérault in 2005.

From what was open, uncultivated vineyard land she and husband Charles have created a Mediterranean dry garden à l’anglaise. There are large beds of cistus, rosemary, lavender, allium, iris, many grasses, roses and other flowering shrubs, perennials and ground cover plantings.

“You have to find what thrives and what doesn’t and when you find something that works you then get all the varieties,” said Mrs McLean.

Her garden is based on the philosophy of ‘dry gardening’ nurseryman Olivier Filippi – it is not watered once planting has been established – and no insecticides are used.
“I learnt from the experts,” she says “and I joined the Mediterranean Garden Society and visit a lot of gardens.

“There was a lot of trial and error but I have been amazed at what has survived. I have even been able to grow Aquilegia which grew in abundance in Scotland and though I just have a small patch it works because I put it in a shady area and it goes dormant in summer. I have even managed a few snowdrops.”

The garden is at its best in spring until the end of June and then in autumn, September and October after the first rains.

Mrs McLean has also volunteered as a co-ordinator for Open Gardens – which means finding other interesting gardens and encouraging their owners to join up.

Owner: Paul Robertshaw
There are several areas to visit in this organic garden created in the past six years with emphasis on low maintenance and the desire to be as environmentally friendly as possible. There is a vegetable garden, dry garden, topiary, an orchard, several herbaceous borders and flower beds built using wood and stones salvaged from the renovation of the property.

Owner: Jennifer Story
Garden rooms have been created at Lasbadies to create shelter for the plants on this exposed, hilltop site. The rooms include a large cobbled area with a rill, fountain and herbaceous beds bordered by a rose walk and magnificent white wisteria.

Owner: Lesley Perrin
This one-acre walled garden consists of several grassed areas with a well, small pond, flower beds filled with shrubs, roses, perennials and annuals, fruit and ornamental trees  and a kitchen garden.
Lesley Perrin has worked on it for the past 30 years, transforming what was once neglected land used as the local village dump.  From March onwards Mrs Perrin says she works non-stop in what is now a leafy, organic garden.

Owner: Lorna Millard-Bourne
It is a dream come true for Lorna Millard-Bourne to open the garden she has owned for 25 years. There will be alliums in flower in May and she hopes the red Tulipa sprengeri will still be in bloom. The garden is in a valley and thousands of plants have been introduced.