Simplicity is key to this spiritual retreat 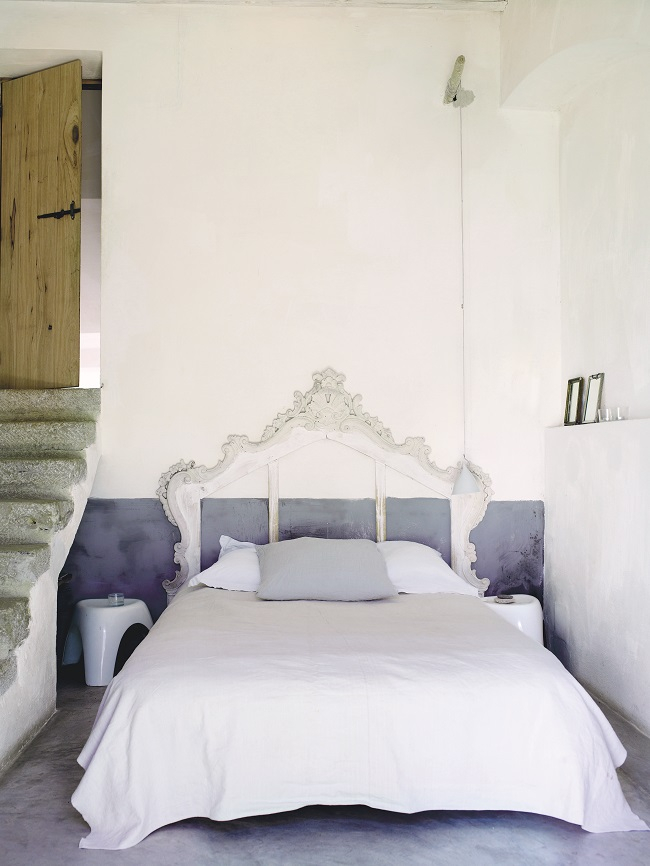 La Vie est Belle is a celebration of the best things about France, from its champagne to its cheeses. By focusing on five areas with their own strong character, each one popular with both the French themselves and visitors, it aims to extol the particular qualities of the country as a whole.

Each chapter contains a selection of classic recipes associated with the area in question. Also covered are aspects of history and customs, food and wine, architecture and interior design, including the flea markets of Paris, the winegrowing regions of Bordeaux and the origins of toiles de Jouy.

There is also a series of features on beautiful homes in each of the chosen regions. Including an artist’s retreat in Burgundy, a restored chateau in the Luberon and an antique collector’s home in Nîmes, all these properties have a distinctive identity that has been shaped and nurtured by its owner or owners.

All the houses featured have something in common. Despite their individualist approach to interior design, the owners share a reverence for the past and a desire to preserve it for future generations. They also take delight in mixing old and new. When it comes to decoration and furnishings, as well as the fabric of buildings, racines – meaning roots, or provenance – are at the heart of everything.

This simple rustic house near the village of Lourmarin in the southern Luberon has been transformed into a positive haven of tranquillity by its inspired and inspirational owners, Bruno and Michèle Viard. Familiar with the Luberon area from childhood, the pair have restored and extended the 19th-century house with the greatest of care, always respecting the traditional styles of the region.

Michèle’s motivation has been to create calm, free-flowing spaces featuring an abundance of light. For most of the time, she and Bruno live in Marseille, where Michèle is a teacher of Latin and Greek, but this charming holiday home has allowed her to indulge her instinctive love of architecture, especially interior architecture, and experiment with its psychological effects.

Michèle acknowledges the influence of the Japanese architect Tadao Ando and the Mexican master of space and light Luis Barragán. She believes that simplicity and serenity have a hugely beneficial effect on wellbeing.

After buying the house in 1975, Michèle and Bruno carried out some small-scale alterations themselves, but they hired an architect for the big projects. The change was slow and organic. Even today, according to Michèle, the house is in a state of constant evolution. ‘When I get a good idea, I like to try it out. Of course, it’s a process of trial and error,’ she says. ‘Many things have changed over the years, but the spirit of the place has been preserved.’

Viewed from the outside, the building has retained a strong sense of integrity. The meticulous choice of materials and the natural ageing process have made it impossible to distinguish between the original walls and the additions.

Almost all the windows are still their original size, with the exception of a wide bay in the new part of the house, which resembles a large studio window. Wooden window frames have been replaced by slim metal frames that allow more light to penetrate into the interior.

The beams and other old materials came from salvage yards, while bathroom fixtures and decorative elements were picked up in local antiques shops or serendipitously discovered during Bruno and Michèle’s travels.

Certain details – such as the insertion into the walls of hanging rods that resemble coat pegs – reflect regional customs. Similarly, the use of polished concrete flooring is a new interpretation of the more traditional terracotta floor tiles.

The entrance is through an enclosed courtyard that gives access to the kitchen and, beyond that, to the dining room and living room.

All the rooms on the ground floor flow into each other, united by the concrete floor. Natural materials such as wood and stone predominate – limewashed, painted white or, where possible, used in a simple, unadorned state.

Contrasted with this simplicity, the occasional dramatic piece such as an enigmatic oil painting or a mirror with a baroque frame makes a strong impact.

Mirrors are used all over the house to reflect light and make spaces seem bigger. Evident also in every room is a combination of vintage and modern items – in the dining room, for example, is an antique wooden dining table flanked by a set of plastic designer chairs. Michèle strives to establish a good balance between old and new, since, she believes, each softens the effect of the other, and the mix has a calming influence because it reflects the rhythms of real life. ‘If such a profession existed, you would be a “space therapist”,’ a friend once told her.

On the first floor, there is a one double bedroom and two smaller bedrooms. At the back is a large bedroom and bathroom with a separate entrance – this can be closed off from the rest of the house for privacy or solitude.

Again, simplicity and serenity are the defining characteristics of the décor in these spaces. A former chapel in the grounds has been converted into an additional guest bedroom and bathroom.

A garden of three hectares (7½ acres) surrounds the house, offering spectacular views of the mountains.

In the grounds are about 400 olive trees, planted by Bruno in 2001 and since tended by Michèle, which now yield a bounteous supply of olive oil and olives for eating.

The property also supports pines, oaks, vines and a variety of fruit trees including cherries and apricots.

With some crafty French high street and online buys, you can recreate Bruno and Michèle’s Luberon look without breaking the bank... Prices and availability are correct at the time of going to press.

Comfort should meet style in the kitchen, and contemporary chair designs offer a nice contrast with a more rustic wooden table.

This set of six Tectake chairs costs just €117.70 from www.cdiscount.com

FSC certified (guaranteeing that the wood comes from a responsibly managed forest) this 160cm-wide Comtesse model is made of lightly painted pine and costs €399.99.

Nothing says conviviality like soup served at the table.

Suitable for either daily or festive use, this simple and elegant, premium bone porcelain soupière (soup tureen) from Villeroy and Boch is microwave and dishwasher safe.

Understand Currency Exchange*
More from Shopping
More from Connexion
Get news, views and information from France
Join the newsletter
Subscribe to The Connexion