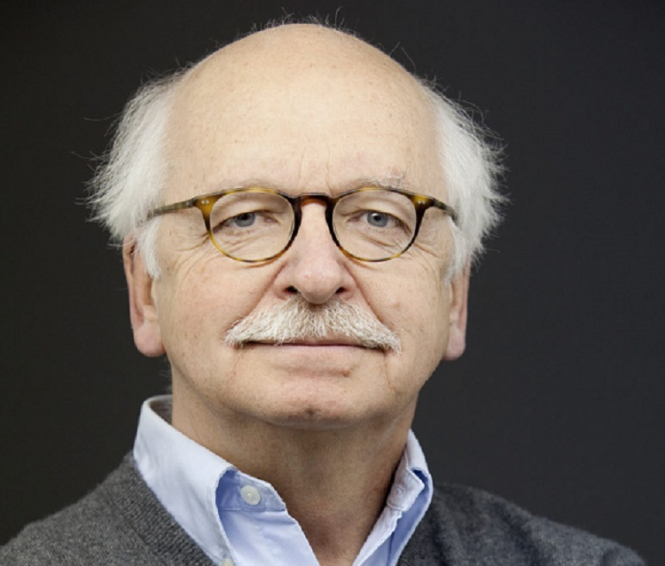 ECONOMIST, historian and author Erik Orsenna was a lecturer in global finance before he began writing speeches for President Mitterrand.

He has written books from novels to factual works of history, geography, and grammar and has won the Prix Goncourt; he is a member of both the Académie Française and the Conseil d’Etat. He co-founded the firm that made France’s first e-reader, the Cybook, but recreated history by heading the scheme to build the replica 18th-century frigate Hermione. He also heads the Normandy Impressionist Festival and plans to rebuild the spire on the Basilica de Saint-Denis.

Oliver Rowland met him in Monaco where he was speaking to Fondation Prince Pierre about his recent travels examining rivers as part of his work for the Initiatives pour l’Avenir des Grands Fleuves, an environmental project monitoring the world’s largest waterways.

Where do you find the energy to be involved in so many things?

It’s all about time management – and short siestas. After this interview, for example, I’ll have 10 minutes’ sleep. I have four, five or six naps a day, but not more than 10 minutes at a time.

I feel good afterwards, and it makes a break from one task to the next, like a mini-night. Unless you’re ill or your job’s boring, there’s no reason to be tired. When you’re tired you should sleep; then you’re not tired any more.

In January I visited the Mississippi, from New Orleans to Minneapolis and recently I was in Australia. I’m lucky enough to travel worldwide, for my books and on missions that certain companies entrust to me.

My training originally was in international economics, in Paris and the LSE, and I taught it for 12 years.

Ten years ago I wanted to take it up again and wrote a book on the cotton industry, which sold more than 200,000 copies. After that, my publisher said: “Go where you like now, and I’ll pay for it.”

I organise my life in a way that allows me to be an old-fashioned reporter, so I’ve just been able to spend a long period in Australia.

A bit like Tintin – who seemed to be able to go wherever he felt like in his reporting job...

Exactly, and it’s good fortune to be able to do that. But it’s a virtuous circle, too, because the more you travel, the more you come across interesting things to write about that aren’t just a rewrite of agency copy, which is what a lot of journalists do these days because there’s no money. But if you spend less money, you get less interesting copy, less interest means you sell less and you sell fewer adverts.

Are there particular problems with French waterways?

Not really, but the area where there are the most water problems is on the Garonne because we don’t want to make dams in the Pyrenees; there’s opposition and it’s difficult now in France to create new infrastructure.

But, basically, things are managed well with our great rivers. The water agencies are models of democracy where they try to create equilibrium between people who have water needs – between farmers, the tourism and transport sectors, electricity companies wanting to produce hydro-electricity or cool nuclear reactors.

That’s one of France’s strengths; another is it’s a mountainous country, so there are few places without water.

However, there are going to be serious problems on the Mediterranean. Global warming means more inequality in water resources, plus alternating extreme phenomena, so you could see a dry period and then terrible floods.

Have you been following the US elections and EU referendum?

I am less interested in politics and more in concrete facts. I’m not good on Trump, but I’m knowledgeable about the Mississippi.

Globally, for example, there are good things happening between Egypt and Ethiopia, to allow everyone to have access to water. But China just does whatever it feels like. It’s putting barriers upstream of Tibet, threatening the whole length of the Mekong and Brahmaputra rivers. This is the kind of thing that interests me.

One of your roles was writing speeches for President Mitterrand. Can you tell us about that?

All leaders have someone in their office writing outlines of speeches, which may or may not be revised afterwards. Mitterrand was a literary man and wrote his major speeches himself, but the others were written by other people, including, for three years, myself. Why? Because when you visit a country like Germany or America, you might make 20 speeches.

There’ll be two or three important ones – he would rework an outline – and the rest were done by people like me. A president’s job is talking, so he needs a supply of things to say.

Do you have particular memories?

Yes, Mitterrand was a fascinating man who was enormously cultivated.
And there were some important moments. I remember doing a speech for him when there was a global summit on economic development in Cancùn, Mexico. Or certain cultural projects, such as when we launched the Grand Louvre [Louvre renovation, including the glass pyramid], or speeches in defence of the French language or European issues. Mitterrand really relaunched Europe from 1983.

What do you think of plans to reform French spelling?

It’s normal for language to evolve – we’d have a lot of difficulty today in reading 16th-century French.

Spelling changes and it’s wrong to think it’s fixed for good. It can sometimes be a shame to remove accents: a circumflex often shows where there used to be an ‘S’ and people like that kind of thing – such as words where the original form was retained in English: forêt, forest; hôpital, hospital.

On the other hand some people were scandalised the reform didn’t retain the fact that there is a circumflex on abîme [abyss – which becomes abime in the reform] but not on cime [summit]. That seems like nit-picking.

How did you come to work on the Normandie Impressionniste and the Basilique de Saint-Denis projects?

Former foreign affairs minister Laurent Fabius asked me to be part of the [Normandie] team. This region has always been extremely rich in painters. They had the idea of mobilising this region – that’s now very large after the reform of the regions – and so we’re expecting a million-and-a-half visitors in all kinds of events.

What are you hoping for with the Basilica project?

With the Hermione we showed what it meant to build a ship and we had 4.7m visitors. If we reconstruct the Basilica and bring the metro there – people will see what a cathedral is, and the fact some 50 different trades need to come together to build it.

In Saint-Denis, there are people of 50 different nationalities in the market every Sunday. It will be interesting. It’s a communist council, that is supporting the restoration of this Catholic basilica, which is a very open-minded message, especially at the moment.

It’s also an area with a large Muslim population...

Absolutely, and it shows how different religions must live together. That’s a very strong message, and one that had less political urgency when I took up the presidency, but now has more. As you see, I have a full, rich life.

Are you working on a new book?

My father died three years ago, and I have just written a book in homage to him. It’s called L’origine de nos amours – because we talked a lot about love.