France-UK relations in 'good shape' as Sir Peter moves on 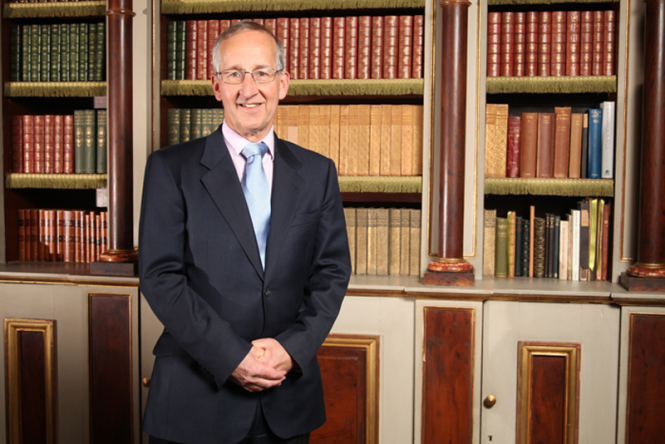 How have you found it dealing with the aftermath of the terrorist attacks?

It was a terrible shock to everyone – including all of us in the family of the embassy. We went into crisis mode and spent two days and nights respon­ding to calls from British people worried about loved ones and helping where we could. Sadly one British man was killed and a number of British people were injured. Two things stand out – firstly the fantastic resilience of Paris, that just a few days after these awful attacks life was resuming, people were determined to show that it wasn’t going to change their way of life; they went out and the cafes were full again.

The second point is the huge sense of solidarity and sympathy and support from the UK, which I think has been very much appreciated here – I’m thinking of them singing the Marseillaise at football matches at Wembley or how David Cameron came and presented a rose in front of the Bataclan with President Hollande, which was very moving, as did I with Boris Johnson. All of that will leave indelible memories. Now we’ve been busy with the COP21 conference, so I’m giving myself until the end of January to get organised before I leave.

What are some stand-out highs and lows?

The state visit of the Queen in 2014 and the 70th anniversary of D-Day were exceptional and we’ve just had the Prince of Wales here for COP21.

I was able twice to present a Tour de France winner’s prize to Chris Froome on the Champs-Elysées and once to Bradley Wiggins – so three times out of four years! Very proud moments. In terms of lows, of course the attacks on Charlie Hebdo and  November 13, but equally I was very proud of my team on both occasions. So these are very tough moments but satisfying ones at the same time.

What developments have there been in Franco-British relations?

We’ve made real progress in defence cooperation, as we have in nuclear energy, with big contracts with EDF and Areva to build new nuclear power stations in the UK. There has been very close cooperation on counter-terrorism, migration and crime and foreign policy.

In terms of defence, we are pursuing programmes to buy the same equipment, the most prominent being a new generation of drones that VP-BEA and Dassault are working on together. We have developed much closer defence training and exercises and planning. If necessary we could deploy British and French units together if we had to confront a common menace. That’s a capacity we didn’t have before. This means if we had to go and do something together – Britain and France – as we did in Libya for example, now we would have units that are trained together.

Would you consider returning to Paris?

I won’t live here but I’ve been coming for 40 years and have always loved it. It’s an elegant city, a city of vistas, a city of life, and I’m very impressed by how it’s bounced back after two awful attacks in one year. It also has an ability to pull off impossible projects like COP21. I don’t know many cities that could host 150 heads of state and government in one day two weeks after a major terrorist attack. A very adaptable city and a fantastically resilient one.

How do you feel about a possible Brexit?

What I get from all the French government people is they want the UK to stay in and think we bring something to the EU – which I agree with – and they are very willing to work with us on the agenda that David Cameron has set out. There’s a very positive spirit to find a way to reaching an agreement. And the government is very committed that once we do have an agreement on some reforms, they are going to campaign vigorously for Britain to stay in the EU. I don’t like the term Brexit because the idea is ‘non-Brexit’ and we’re working very hard with the French, who would much prefer that. I feel we have got ourselves into a clear position and people know what the asks are and now it’s a question of negotiations, and our French friends are fully involved with that.

Has Syria been a major issue?

Yes, it has such big impact, not least in migration flows and risks of terrorism and it’s clear the Paris attacks were planned in Syria. So there’s a real danger to all our countries there, which is why parliament voted to join air strikes against Daesh.

One of the strongest arguments from all sides of the house was that we can’t sit back and let our allies like France do the job for us. If there is a threat from Daesh in the UK - if there is - we’ve got to take our part in the operations to weaken and defeat them, and we should be there alongside the French. Our French friends were very pleased to hear that.

However we also need a political solution to the civil war and we’re working closely with the French foreign ministry on that. So Britain and France are absolutely solidaires on the approach to Syria but it remains very difficult. Every time the Prime Minister meets President Hollande which is now often, they coordinate their positions.

Have you been involved with issues at Calais?

Yes, it’s very difficult and we’re conscious of the pressures on the city and local population given the number of migrants. We’ve had great cooperation from the French to make the Eurotunnel terminal more secure and to stop incursions of migrants.

The attacks we saw in the summer leading to long delays on Eurostar have much reduced. The security situation is better. We’re working with the French to try to encourage migrants to ask for asylum in France rather than risking their lives trying to get illegally to the UK. I’m very impressed the French have put such resources into it and we’re working every day to try to improve things.

Do you feel a sense of satisfaction?

Certainly. An ambassador’s job is never done and there’s no limit to people you could meet or help, but time and resources are finite and we’ve tried to help wherever people have asked. Relations be­tween the countries are in good shape with great cooperation going on at all levels – including groups, associations and firms that work in France. I’m sure my successor once they arrive will keep moving things on.

Are there important landmarks coming up?

Yes, but both fall at the same time – Euro 2016 will be huge and a lot of British fans will come. And then there is the commemoration of the Battle of the Somme on July 1, which will attract thousands of Britons. It’s the major commemoration on the continent of the First World War, the Royal Family will be there and ministers and lots of relatives. So that will be a busy time for the embassy but an important time for UK-French relations.