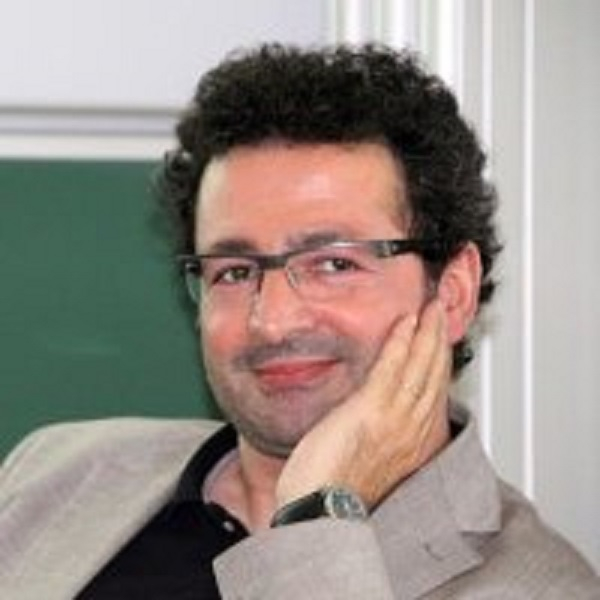 "The exploitation of people’s worries can become dangerous, like in the 1930s, by using as scapegoats what is easily visible: immigrants and refugees and foreign merchandise"
By Oliver Rowland

With the rise of the Front National as well as the UK seeking to cut immigration by almost two-thirds, migration is often in the news. Having reached the second round in the presidentials, the FN was, on writing, the second most popular party in a parliamentary election poll. Oliver Rowland spoke to him about the myths and realities.

Some thought Marine Le Pen could win the presidency, but she did not. Does that mean that the French are not as concerned about immigration as one might have thought?

The real issue isn’t so much that the French rejected the FN, but the fact that the FN is constantly progressing.

The problem is that fears become rooted and are then exploited by the far right and right.

Part of this is due to the effects of globalisation; or rather the incapacity of the state to respond to it, for example by providing training and helping people to move [to find work] which means that those who lose, remain losers.

Its effects are very localised, but there are certain areas where people are shocked by business restructuring and outsourcing abroad etc. Some people are badly hit and they stay in the area because they’re not mobile.

Because the state fails to compensate, the Front National latches onto accusations about immigration as a supposed solution. They say that if we come out of Europe and strengthen our borders, all the problems will be solved.

The exploitation of people’s worries can become dangerous – like in the 1930s – by using as scapegoats what is easily visible: immigrants and refugees and foreign merchandise, whereas it’s to do with factors in the global economy, the finance and services sectors etc.

But the real problems are political failures – structural, in terms of aid to the regions, housing, the work market… which means certain areas get left behind. I’m thinking particularly of the banlieues and Zones Urbaines Sensibles [designated areas of cities with social difficulties] where people suffer from multiple inequalities, at the same time ethnic, social and territorial.

It appears that contrary to what one might think, France does not have a high level of immigration compared to the norm for European countries?

Absolutely not, in fact it has one of the lowest levels among countries in the OECD [group of developed economies], just after Korea and Japan. We have less immigration than the UK, which is around the middle: 0.7% of its population [in number of immigrants annually], compared to around 0.3-0.4% for France.

But what is dangerous is that the conditions that favour the far right are still there, they haven’t been corrected, so even if Le Pen didn’t win this time, there is a problem if we procrastinate.

If in five years unemployment doesn’t drop, there still hasn’t been more job creation, if the difficulties of certain territories haven’t been resolved… we will have the Sword of Damocles of the FN hanging over us again.

Do you find the proposals of President  Macron encouraging?

Yes, some of his ideas go in the direction that’s needed. For example lowering the cost of employing people who are struggling to find work in certain areas so they can be employed somewhere else. Instead of creating zones franches [specific areas where employment costs are lowered], create low-cost jobs.

He also has some ideas to improve the way immigrants are welcomed. But it’ll be pointless unless we strongly reduce mass unemployment and inequalities.

In France what causes controversy too is travailleurs détachés[workers posted from overseas]. Their social charges are paid to their country of origin [at its rates], so workers in some sectors, such as building, see them as unfair competition.

That’s something that needs more regulation at European level.

Another problem with posted workers is firms not respecting rules on how long people are allowed to work for under the status.

So, it will be up to Macron to seek changes in Europe, to encourage growth and prosperity for countries and less austerity.

We need to create a more progressive federal budgetary policy, otherwise people will continue to target Europe and immigrants as scapegoats.

And in France – or Britain – we need to have immigration policies that are fair, that are welcoming, that don’t yield to the FN, but at the same time that deal with the problems of those who have lost out, and the difficulties in certain territories.

Is France’s high birth rate one reason why it has low immigration?

Yes, that may be one of the reasons why it’s easier to have restrictive immigration policies in France than elsewhere.

Even if it has lowered, our birth rate is around two children [per woman], compared to Germany, for example where it’s 1.3. So of course if you can’t replace the previous generations then you could lack workers.

What are the main kinds of immigration?

The main reason for immigration is French people bringing in family members – often from countries outside the EU.

The next major reason is free movement within the EU, which represents 34%, whereas people immigrating from elsewhere to work in France is much less, only around 20,000 people a year and half of those are students changing status to become employees.

It is not easy for a non-EU citizen to come to France to work – you need to have certain desirable skills?

It’s very limited. For example if a firm wants to recruit a ‘foreign’ worker, the prefecture must make sure there is not a French person or resident capable of doing that job.

That does not seem to bode well for British people wanting to come to France after the Brexit, especially as Theresa May says she wants to cut immigration.

It seems that what the British were worried about is EU immigration – Polish or French people etc. not so much immigration from outside the EU.

If the UK leaves, then for a Briton wanting to come to France it will be ‘real immigration’, with a visa and an application for a carte de séjour etc. They won’t just be free to come.

I think the UK will lose out – it’s a country that receives a lot of immigrants, but also has a lot of emigrants.