Game of Thrones actor is also star of the Var 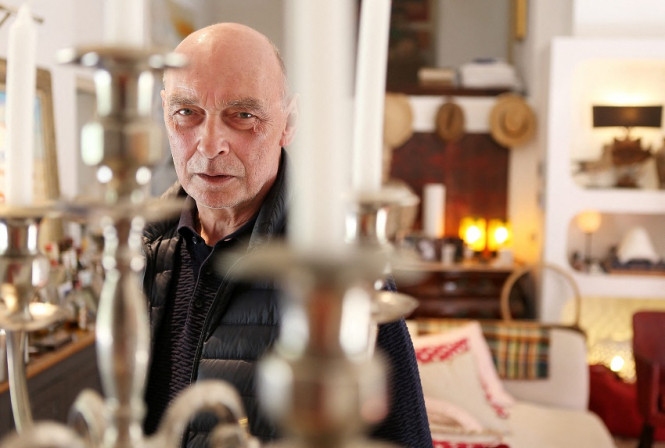 He now plays an important role for his village in the Var.

Last month, he showed his recent film Paul, Apostle of Christ, in which he plays the saint, to 100 residents and took the opportunity to meet and debate with the local community.

He was asked to join the village Armistice celebrations last November, where he read a poem from English poet and First World War soldier Wilfred Owen.

Mr Faulkner, 70, told Connexion: “I like to participate in village life. I spend as much time here as possible.

He was originally from London and started acting in the 1970s. Over the course of a 50-year career, he has appeared in numerous films including Atomic Blonde, Bridget Jones’s Diary (he played Uncle Geoffrey) and Hitman, as well as TV series such as the popular Downton Abbey, in which he played Lord Sinderby.

In 2002 he starred in the French film Le loup de la côte Ouest (The Wolf of the West Coast). He moved to Le Plan-de-la-Tour nine years ago with his wife, a journalist who interviewed him in 1976 and never left.

They were looking for a home in Provence at the time and fell in love with an old abandoned house in the woods of the village, sited between Sainte-Maxime and Saint-Tropez.

Mr Faulkner said he inherited his love for France from his father, who taught him everything about wine from the age of four.

His father was thinking about retiring in the hills of the Var before dying of a serious illness aged 52.

Mr Faulkner said: “In a sense, I am completing the circle for him.”

But the actor has many memories of France as his family used to spend every summer on the Riviera in Les Sablettes.

At the age of 18, he spent three months in Paris, “a cool time to be there”, he said, before going back to the UK and finding a job in a department store in London.

He still owns a flat in London but now travels a lot between Europe and America, notably Los Angeles where his son lives.

He feels at home when he is in Le Plan-de-la-Tour. He said: “It does not matter that I am English.

“It is my village and I’ve been given an extraordinary welcome here.”

He also appreciates the privacy he has at his 2.5-hectare property – five minutes away from the sea – as he admits his life has completely changed after his appearance in seasons 6 and 7 of Game of Thrones.

He joked: “I was an actor for 47 years and then I was in Game of Thrones.”

The HBO show, in which he ended up burnt by a dragon, has been an incredible experience for him.

He said: “I was in Spain for two weeks riding horses. Six hundred people work on one unit, there are eight cameras on the set. It is really extraordinary.”

He added: “Game of Thrones is a phenomenon.

“Once I was getting out of a cab in Paris, wearing a hat and sunglasses, and I heard ‘Oh my god, it’s Randyll Tarly’… It does not matter where you go in the world. People know [the show] and now they know my face.”

And people also recognise him in his village of 2,000 residents.

Johnny Depp used to live there, and Mr Faulkner said: “I kind of replaced Johnny Depp as a resident celebrity. I am not as famous as him but I am open and more approachable…”

Most of his friends here are French and he does not feel the need to “associate” with the expat community.

He said: “I think if you live in a country you should make the effort to speak the language and join in.”

Speaking about Brexit, he said: “It is astounding to me that in 2019 people resist so much with cultures of other nations.”

The actor is a grandfather but he is far from ready to retire.

He is currently in Prague, to make a film called dEVIL, and he will appear in Summer of Rockets, a British tele-vision series which starts this month on the BBC.

Although he does not work in France at the moment, he said he would love to be in a French film as he speaks French and could “well play the role of a foreigner”.

He said: “I enjoyed working in France before. I love the fact that there is a real and serious tradition to French film. And the roles I have played in the past for French films have been fascinating.”