I love seeing my students develop 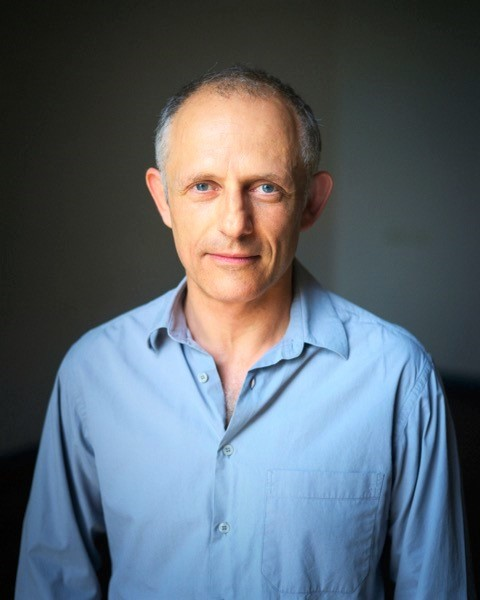 Describe what your job involves

I have two distinct roles – I run a professional theatre school L’Académie de l’Union in Saint-Priest-Taurion, near Limoges, where I teach acting skills to a select group of pupils.  I also direct plays independently – which are performed in theatres throughout France.  A few have even been performed overseas, in locations such as Russia and Morocco.

At the school, I develop the curriculum and work closely with a small number of students over a three-year period.  At present, we have 17 students, and they were whittled down from around 300 applications.  Part of my is to audition the best 50 applicants every three years, working with them over the course of a week before making the final cut.

How did you end up doing it – was it planned?

As part of my work as a director, I have worked closely with the Théâtre de l'Union in Limoges over the years.  In 1997, they created the school which is affiliated with the theatre.  It has now become one of 12 national French theatre schools, and is entirely publicly funded.  In 2013, the job of Director became available; I applied and here I am!

In addition, I’ve been directing plays since 1990, a profession I entered after nearly a decade working as an actor.

Is this your first job?  If not, what did you do before?

My original plan was to be an actor, and I acted in several plays in New York, where I was brought up.  Then, in 1984, I was lucky enough to be awarded a fellowship from The Thomas J Watson Foundation in America, which enabled me to travel.

I intended to travel extensively, but after a trip to Italy, I went to France, where I ended up working at Théâtre du Soleil under Arianne Mnouchkine.  I already spoke French, as my parents had sent me to a French school in New York for three years when I was growing up – they’d both lived in France for a period when younger and wanted me to be bilingual.

My work as an actor evolved into directing work – and I directed my first play Fen in 1990 in Paris.  It was written by British writer Caryl Churchill, and generated a lot of interest.  That’s when I decided to stay in France – the French system is very supportive of the arts, and it’s very different to the US.  I have had so many more opportunities here.

I became familiar with Limousin area after I came to Corréze in 1991 to give a workshop and my first play was performed there in Limoges 1993.  Luckily, one of the people who ran the regional arm of the Ministry of Culture saw my work and told me that if I moved my work to this area I’d get more support – I did this in 1997.

Initially, I commuted from Paris, but moved to Limoges in 2014 after starting work at the school in 2013.

What attracted you to your current role?

I love the variety in my work – working closely with such a small group of students has enabled me to think a lot about what it takes to create an actor; what the students need to be the best they can be.

Being able to direct plays independently alongside my work at the school enables me to experience the best of both worlds.

What qualifications or training did you need?

I have a BA in English Literature, but it’s my acting and directing experience that really qualifies me for the role.  Working with Théâtre du Soleil was like schooling for me – a really amazing experience.

I developed my directing over time and this work also paved the way for my teaching.  Directing and teaching can be very similar – you work closely with an individual or group to get them somewhere very specific and help them to make the most of their talent.

Where do you work, and who with?

As well as working at the school and with theatres throughout France, I travel both with the school and for my directing work.  The school has important partnerships with schools abroad.  Our most significant is with a school in St Petersburg, Russia.  Russian actor training is stupendous – they have a long and powerful tradition.  Taking students there enables them to see a different country and meet other young people.

I also took the last class to an exchange programme with Montreal, Canada.  I am hoping to work with the UK in the future too – there’s such a great acting tradition in Britain.

What is your favourite part of the job?

When I watch a group of students improve and alter over the time – see their imaginations flourish and what they gain, it’s a great feeling.  I feel very protective over them in some sense, almost paternal because I know them so well.  It’s wonderful working with young actors as they are so enthusiastic and happy to be at the school!

In my directing work, it’s great to have creative control over the choices I make – I run my own theatre company and put on my own plays.  The last play I directed was the French premiere of Neva by the Chilean writer Guillermo Calderon, which was performed in Limoges last March, Avignon last July and I am hoping to put it on in Paris in late 2017/early 2018.

What is the hardest part of your job?

The administration side of things can be hard work – there’s a lot to do.  But, of course, as we are funded with public money we have to be accountable.  I have two administrative assistants at the school to help me with the day-to-day running, but there’s endless paperwork!

Working in the arts is a lot of fun, but it can become almost obsessional.  It’s something that consumes you no matter whether you’re directing a play or running a school.  There’s a sense of living the dream, but it can also be exhausting.

What’s your busiest time of year?

My workload varies – for example, I frequently get in outside experts to teach the students in my school.  I invite professionals from all over the world to help my students get as many points of view as possible.  When I have a visiting expert leading classes, I obviously have less to do in some ways, but there are many other tasks to address.

I have peaks and troughs with my directing work too, but it’s not seasonal.

What do your friends and family think about what you do?

I have two grown-up sons: one in New York and one who lives on the outskirts of Paris.  They’re both really interested in what I do and love coming and seeing what’s happening.  Luckily, my wife Sarah is in a similar business, so she understands how engaging and consuming the work can be.

Do you have any plans for the future?

I am very excited about next year – I am going to be working with British band The Tiger Lillies and directing an original piece on the life and works of Edgar Allen Poe entitled Edgar Allen Poe – A Hauntology.  It’s a multimedia performance, so a new experience for me. I’m really looking forward to it.

Is it well paid?

The industry in France is well-supported, but obviously finances fluctuate depending on what I’m working on.  It’s nice to have the regular salary from the school alongside my more unpredictable income from directing.

That said, for me, it’s always passion first, and while finances are a consideration they are never the driving force behind the choices I make.