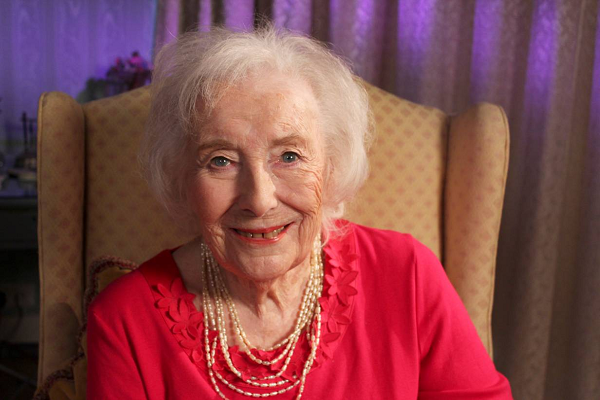 Dame Vera Lynn: “We will always have close ties with the rest of Europe”
By

She is now 102 and, as a Connexion reader, was moved to see our report of a concert in Saint-Sever-Calvados, in Normandy, by New Zealand singer Vicky Lee. It featured her songs and she had given it her backing.

The village had organised a memorial to seven allied airmen who died nearby in three separate crashes and fights against the Germans.

Her daughter Virginia contacted Connexion to pass on her appreciation.

Dame Vera, who is now hard of hearing, told Connexion by email that she thought such local initiatives were very important.

“They are important because we have always had close links with our friends across the Channel,” she said.

“Music has a way of bringing people together and I understand all the audience joined in and had a good time.”

She also supports the building of a memorial to the British and Commonwealth troops who died on D-Day and during the Battle of Normandy near the site of the Gold Beach landing. The British government has pledged £7million towards it.

“Anything that honours those who fought for our freedom has to be good for everyone’s morale,” she said.

Is she surprised that her wartime songs still have the power to touch many people?

“Whatever happens in the future, we will always have close ties with the rest of Europe, as we have done for decades.

“I’m not surprised these patriotic songs have endured... the sentiment is the same as it always was.”

The idea that music could be used to calm things down and unite people in the UK is one which appeals to her.

“Music is a universal language and it will always be something that unites people,” she said. “It brings together people of all ages and backgrounds and has the ability to soothe, comfort and give hope.”

Talking about France, she said the main driving force behind the idea of buying a holiday flat at Golfe Juan on the Riviera 45 years ago was the weather.

“It is lovely where our flat is, and we have lots of British and French friends,” she said. “It is a home from home.”

She said she has always been fond of French music and continues to listen to it.

“I did not have the privilege of singing with Edith Piaf. However, I was fortunate to see her perform live.”

Dame Vera is known to many younger people through references to her in the Pink Floyd album and film The Wall but she said she never met the band.

Roger Waters was inspired by Dame Vera’s song We’ll Meet Again and his own father, who did not return from the war.

And the secret for a long life?

“I’m not sure I have the secret. I think it is important to try to remain young at heart by keeping up with current affairs and enjoying small pleasures.

“It’s always important to count your blessings, and I am always mindful that I have a lot to be grateful for.

“I very much enjoy spending time with my family and close friends these days, and I also enjoy watching television, reading crime novels and looking out on the nature in my garden. I just take each day as it comes.”